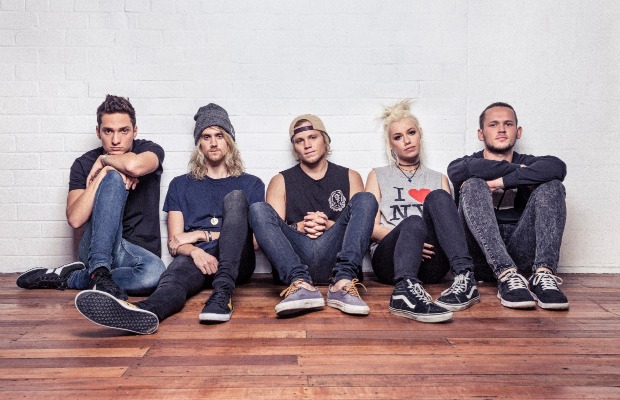 Months after wrapping up their tour with All Time Low and a confirmation they were headed into the studio to record a new album, Tonight Alive have announced the new album has been completed.

Frontwoman Jenna McDougall took to Twitter and Instagram to post photos of her last day in the booth where she was recording vocals for the Australian group’s new full-length record.

About to track my VERY LAST VOCAL on the record! Never thought the day would come.

Back in April, the band confirmed the news that they were working on a new album when they announced the cancellation of two headlining shows due to drummer Matt Best’s Tendinosis getting worse. Best was diagnosed following the group’s set at Soundwave 2015.

In a letter to fans, Best announced that due to the injury he would have a hard time performing a complete headlining set, but was able to get “through the album recording.” A good sign for those fans who have been waiting a couple of years for new music.

Though there has been no name given for the new record, it appears the album is set for a projected release time frame of this fall through Fearless Records. The yet-to-be-titled album will be the follow-up to 2013′s The Other Side.