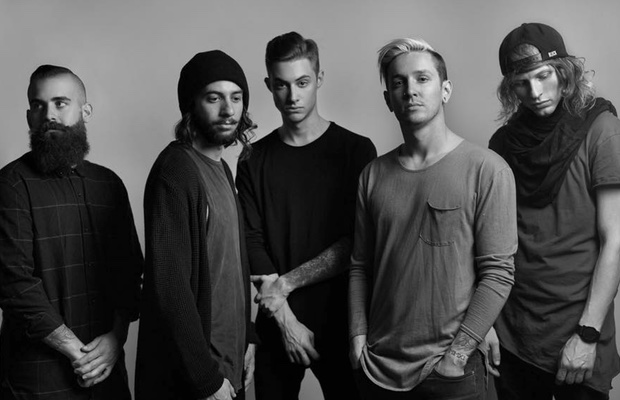 If you’re a fan of The Word Alive, then boy do we have good news for you. On Friday (Dec. 18), the Arizona-based band revealed that they will be releasing their fourth studio album in the new year. The record will be titled Dark Matter and is set to be released on March 18, 2016 through Fearless Records.

Pre-orders for the new album are currently available on the band’s website. The news of the new album comes a month after frontman Telle Smith broke a rib, fractured another one, and broke a bone in his spine while stage diving at a show during their tour with Motionless in White and The Devil Wears Prada.

Pre-orders for Dark Matter are currently available on the band’s website. The trailer for the new record can be seen below which also features a snippet of a new song titled “Trapped.”

In addition to the new album news and the snippet of the new song, the band also revealed that they will be hitting the road in the new year in support of the new material. The “Dark Matter North American Tour” will kick off on Feb. 19, 2016 at the Soma in San Diego, CA and wrap up a month later on March 20, 2016 at the ninth annual So What?! Music Festival in Grand Prairie, TX .

Fit for a King and Out Came the Wolves will support The Word Alive during the upcoming trek. According to the official tour poster, which can be seen below, a special guest will also be unveiled in early 2016. Anyone wants to guess who will be joining The Word Alive as a special guest on their upcoming tour? (We don’t know either, so don’t worry.) 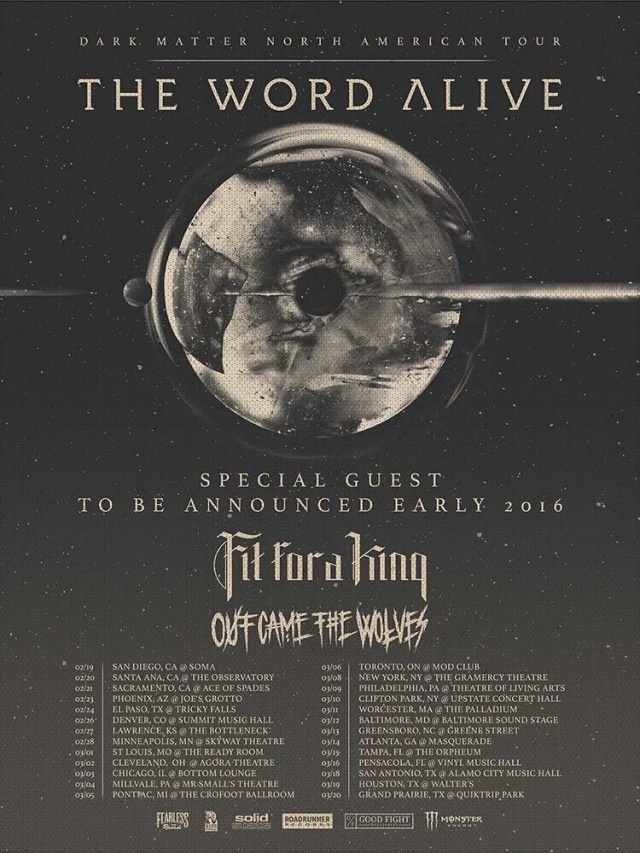