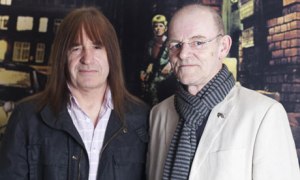 In what is another blow to the music world, David Bowie’s bassist, Trevor Bolder, has passed away at the age of 62.

According to Classic Rock magazine, the musician had passed away from cancer which he had been suffering with for the past four years.

Uriah Heep, who Bolder played with released the following statement about the bassist’s passing:

“Trevor was an all-time great – one of the outstanding musicians of his generation, and one of the finest and most influential bass players Britain ever produced. His long time membership of Uriah Heep brought the band’s music, and Trevor’s virtuosity and enthusiasm, to hundreds of thousands of fans across the world.”