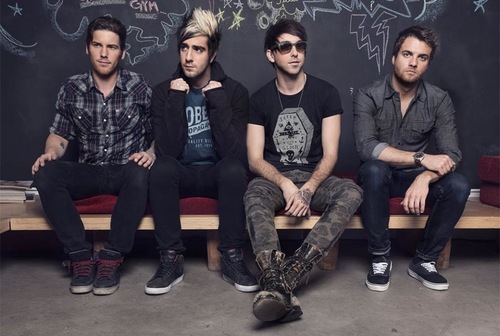 All Time Low fans have something really great to look forward to in 2015. According to bassist Zack Merrick, the band will be releasing their brand new album next year.

In a recent interview, the musician revealed that the new album is set for a projected March release date.

“It comes out in March. We are touring until February, we’re going to the United Kingdom with a band called You Me at Six for a small run.”

The All Time Low/You Me at Six United Kingdom tour had previously been announced in August after the band revealed they would be headlining Wembley Arena on March 20, 2015. They also informed fan that the show will be filmed for the band’s upcoming live DVD.

This will be All Time Low’s first new record since 2012’s Don’t Panic, though last year they released a deluxe version of the record titled, Don’t Panic: It’s Longer Now! which featured a brand new song/lead single “A Love Like War” featuring Pierce the Veil’s Vic Fuentes.

As of now, the new record does not have an official name or release date, but we’re sure that’s right around the corner.