If you’re a fan of Anthony Green and/or any of his other projects, then you know for a fact that the singer is always musically busy. Earlier this year, the Circa Survive frontman rejoined Saosin for their brand new album, Along the Shadow, and a tour in support of the new record. Even with an across-country trek, don’t expect Green to take much time off before launching into a brand new adventure. On Wednesday (July 13), the frontman announced the pending release for this new solo album.

The record, Green’s fourth solo album, will be titled Pixie Queen; a direct reference to the frontman’s nickname for his wife which he uses all the time on social media. The new album is set to be released on Sept. 9 through Memory Music. In conjunction with the new album announcement, the musician also released the music video for the album’s lead single, “You’ll Be Fine.”

“The song was put together with parts that I had since before James was born,” he explains about how the song came together. “I was terrified about being a bad father, and I knew I was a bad husband so I was dealing with a lot of fear around that.” Watch the music video for “You’ll Be Fine below.

Pre-orders for Pixie Queen are currently available here. In support of the new album, Green will once again hit the road this fall. The United States trek will feature support from Mat Kerekes and Secret Space. The complete list of tour dates can be seen below as well as the cover art and track listing for Pixie Queen. 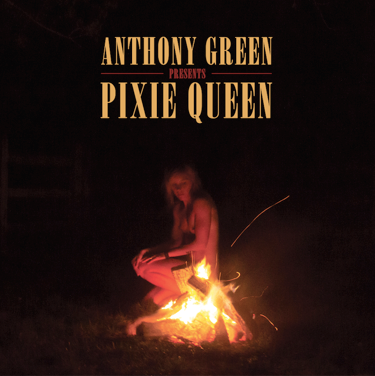