Atlanta’s Wrecking Ball Festival will be returning in 2016. What started out as a celebration of famed Atlanta concert venue, The Masquerade has now become a yearly event. On Tuesday (March 22), the people behind the punk-centric music festival unveiled its first back of acts for the 2016 incarnation.

Acts like The Bouncing Souls, American Football, Gorilla Biscuits, The Promise Ring, American Nightmare, Deafheaven, Touche Amore, Tigers Jaw, The Menzingers, Anti-Flag, the soon-to-be defunct Motion City Soundtrack and many more will head to Georgia in mid-August. What’s surprising about the newly revealed lineup is the addition of Thursday who went on hiatus several years ago (2011 to be exact). According to a tweet from frontman Geoff Rickly, “That line-up!! We said yes on Sunday because we couldn’t say no to THAT show. Literally had no plans to reunite b4.”

The band’s reunion comes a day after they posted a cryptic message on their official Twitter. No word yet on if this will be the beginning of something new or a one-off gig, even if Rickly’s tweet seems to be pointing at the latter.

The Wrecking Ball Festival will return to Atlanta during the weekend of Aug. 12-14. Tickets are scheduled to go on sale beginning next Friday, April 1 while it looks like a slew of more bands will be announced at a later date. For now, check out the current lineup for the summer event 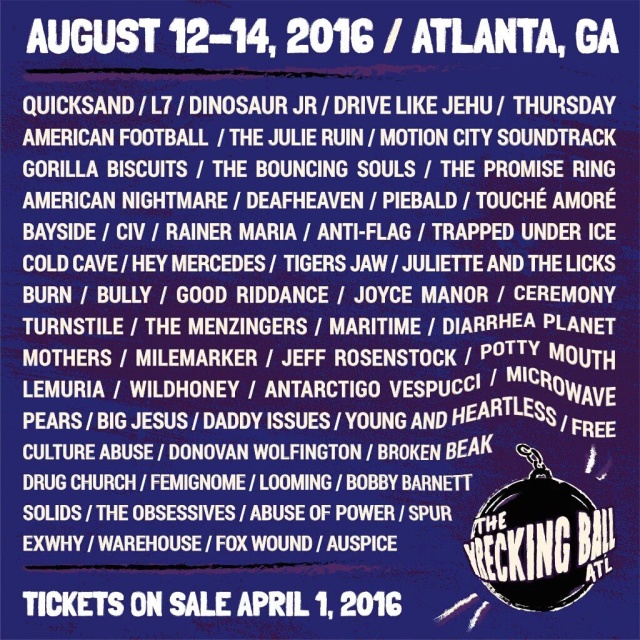 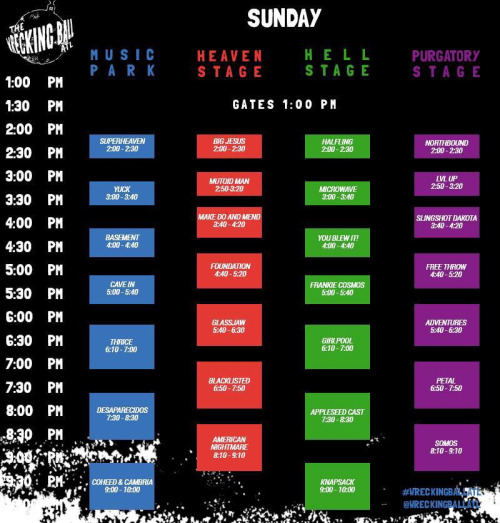