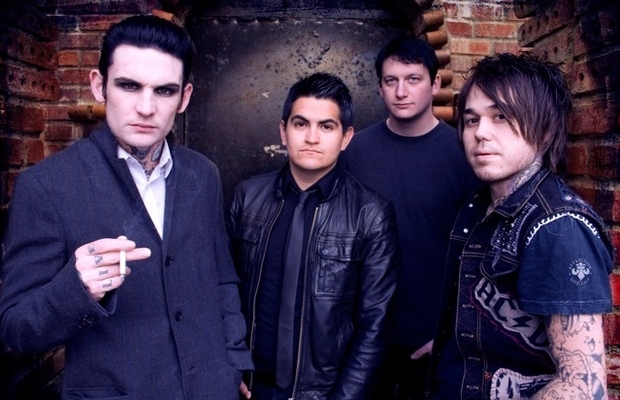 With a week left until the release of their final album, Aiden has returned with another new song from the record. The new song is titled “Violence and Devotion” and features vocals by New Years Day frontwoman, Ash Costello. Like lead single “Crawling Up from Hell,” “Violence and Devotion” sounds like a song that could find a home on Nightmare Anatomy; the group’s sophomore record.

Listen to “Violence and Devotion” below.

Aiden’s final album, which happens to be their self-titled, is set to be released next Friday, Oct. 30 (Devil’s Night). According to frontman Wil Francis, Aiden will feature not only Ash Costello as a guest but also Adam Crilly from Ashestoangels, Chris Motionless from Motionless in White, Ryan Seaman from  Falling In Reverse, and Craig Mabbitt from Escape The Fate.

In support of the last release, as well as to say good-bye to their loyal fan base, the band will be hitting the road this fall. The tour was supposed to begin last night (Oct. 22) in Ventura, CA opening up for Black Veil Brides, but the band had to cancel so that drummer C.C. Coma’s hand could get some time to heal following the revelation that he has a torn ligament. Instead, their “The Last Sunrise Tour” will officially kick off tonight in Santa Ana, CA.