Warped Tour fans in the United Kingdom, the list of artists slated to perform at the 2015 Warped Tour UK have now been announced.

The UK incarnation of the North American based traveling festival will be co-headlined by Asking Alexandria (with their new singer) and Black Veil Brides; two bands who are also headlining this year’s Warped Tour. In addition to the co-headliners, Chunk! No, Captain Chunk!, Forever Came Calling, Memphis May Fire, Metro Station, The Rocket Summer, and many more will also play the show slated to take place on Oct. 18 at London’s Alexandra Palace.

The complete list of bands for the one-day show can be seen below, alphabetically.

Warped Tour festival organizers revealed last month that they would taking the traveling show to the UK once again this year, but at the time of the revelation, the identity of the artists was being kept under wraps. Early bird tickets for the show went on sale last month. 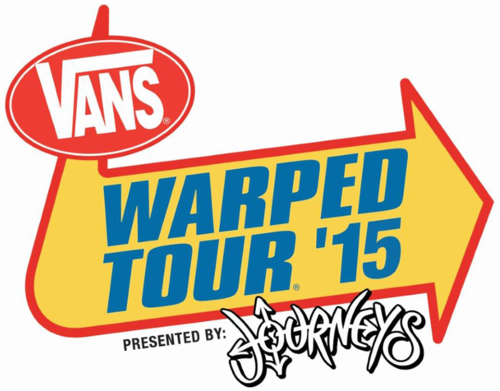 Vans Warped Tour fans who live across the pond, get ready because the traveling rock show will be heading that way this Fall.

It was announced earlier in the day that the 2015 Vans Warped Tour UK will be returning to Alexandra Palace in London on Oct.18.

As of now, the line-up for the one day event has not been revealed, but those interested in attending should keep an eye out on June 17, when the line-up will reportedly be released.

As the poster below shows, early bird tickets are currently available on the festival’s website.