Skrillex announced yesterday that he would be cancelling his second annual festival-by-train, Full Flex Express. The tour which was meant to ride the Canadian rails this July is inspired by the trail that was taken by Janis Joplin. The tour was the brainchild of the DJ and was supported by many artists including Diplo, Grimes, Pretty Lights, and Tokimonsta. The line up for this year’s tour had yet to be announced, but the tickets for it had already begun to be sold back in October.

Skirllex says that he hopes to be able to bring the tour back in 2014, because it looks like 2013 is not going to happen, at all. The EDM megastar posted the following on the Full Flex Express Facebook:

“It is with huge disappointment that we have to announce the Full Flex Express will not be happening in 2013. During the past 4 months we lost the train we had booked, found a new one, and then realized the cost associated with using it would put us at a huge, huge loss.

We explored every option to make the Full Flex Express happen but ultimately we could not get around these setbacks. Also, some of the acts we had in mind were unavailable and we only wanted to deliver the best of the best, which is what we think this festival should deliver.

The train is near and dear to my heart, and we have every intention of bringing it back in a massive way in 2014 (and for many years after), so please understand that we do this for you and this is just an unfortunate convergence of circumstances. Refunds will be issued at point of purchase and also to everyone who bought a ticket online.” 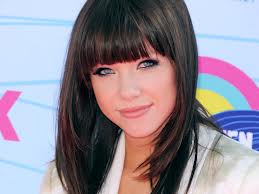 Yesterday, Train made it know that they have no desire to be part of the Boy Scouts of america Jamboree as long as they are against having gay scouts. now fellow jamboree performer  Carly Rae Jepsen has also spoken out it and has decided that she would follow in suite and cancel her performance as long as the boy scouts believe that gay scouts shouldn’t be allowed.

The “Call Me Maybe” star tweeted the following on the subject matter:

“As an artist who believes in equality for all people, I will not be participating in the Boy Scouts of America Jamboree this summer. I always have and will continue to support the LGBT community on a global level and stay informed on the ever changing landscape in the ongoing battle for gay rights in this country and across the globe.”

Looks like the Change.org petition did what it wanted to; two of the main performers for the Jamboree have pulled out months before the summer concert was set to take place. In recent years, the organization has been taking a lot of heat over their ban on openly gay members. Back in January, there was talk about lifting the discriminatory ban, but the vote was scheduled to go to vote in May.

Train has made it known now that they are against the Boy Scouts of America. The band were scheduled to perform at this year’s jamboree which would be taking place in July with “Call Me Maybe” crooner, Carly Rae Jepsen, but the band are pulling out. According to Queerty, the band made a statement against the longstanding and recently troubling ban on scouts being from the LGBQT community.

A recent petition by Derek Nance, a gay Eagle Scout, on Change.org urged the band to make this decision after GLAAD signed on for the cause this past Friday. The band wrote the following on their blog, explaining the situation to fans:

“When we booked this show for the Boy Scouts of America, we were not aware of any policy barring openly gay people from participation within the organization. Train strongly opposes any kind of policy that questions the equality of any American citizen. We have always seen the BSA as a great and noble organization. We look forward to participating in the Jamboree this summer, as long as they make the right decision before then.”

Currently, the petition is waiting for Jepsen to make a statement about whether she would go ahead and do the Jamboree of if she, like Train, will pull out. In case you were one of the few who hasn’t seen the “Call Me, Maybe” video, it features a male couple kissing in it. Jepsen has also spoken out about how she would always support gay marriage.