Record Store Day was a few weeks ago, and now The Devil Wears Prada are giving fans the chance to hear their Record Store Day contribution, a song titled “South of the City.”

The band revealed they went into a recording studio back in 2014 in northwest Indiana to record the song. They spent four days holed up, but decided to film the experience and release it as a short documentary. The documentary is currently available for viewing and comes in at 36 minutes.

If you’re interested, it can be seen here while the stream of “South of the City” can be heard below.

The Devil Wears Prada recently revealed they had returned “home” to Rise Records to release their upcoming new album; they conceptual record, Space.

Currently, the Ohio band are in the middle of the second leg of their “Zombie 5 Tour” in honor of the record’s fifth anniversary. Secret and Sleepwave are currently on the road with them.

After the “Zombie 5 Tour” wraps up, they’ll take a quick break and then head out on this year’s Rockstar Mayhem Festival alongside Slayer and HellYeah.

As part of the joint effort, both bands decided to submit one original song and a cover from the other’s discography. While Man Overboard chose to cover Senses Fail’s “You’re Cute When You Scream” from Let it Enfold You, Senses Fail decided to cover a song from Man Overboard’s debut record, the title track “Real Talk.”

Check out Senses Fail’s cover below.

The 7″ split will be released on March 3 through each group’s respected record label (Pure Noise Records for Senses Fail and Rise Records for Man Overboard).

Pre-orders are currently available for those wanting to get their hands on the LP and don’t forget to catch both bands this Spring as they head out on tour with Bayside on their “15th Birthday Tour” beginning in early March.

It’s starting to sound a lot like Christmas, like we didn’t already know by the way the radio stations and television channels have begun their month-long , we mean countdown, until the jolly holly holiday.

Last week The Killers gave us their yearly Christmas song about a piece of coal named Joel and today, New Found Glory have given us their own song for the holiday, The track is titled “Snow” and is currently being streamed over at Spotify, but for all you nice and naughty people put there, you listen to the track below.

New Found Glory are currently on the European leg of their tour in support of their eighth studio album/recently released record, Resurrection. The album was released back in October through Hopeless Records. 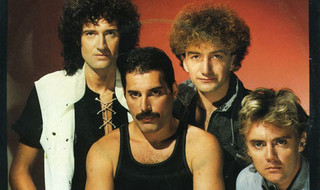 The world lost Queen frontman Freddie Mercury 23 years ago to AIDS, but that hasn’t stopped his legacy from influencing many musical artists and the organizations whose key goal is to combat  the AIDS.

In honor of World AIDS Day (Dec. 1), Coca-Cola has teamed up with (RED), the AIDS organization founded by Bono and Bobby Shriver, to help rally and encourage people to take action and to donate to (RED).

The month-long global campaign has been named “Share the Sound of an AIDS-free Generation” with several musicians such as Avicii, OneRepublic, Wyclef Jean, Aloe Blacc and of course Queen joining the cause. Each week, a new artist will unveil a previously unheard song that will be available for download on iTunes.

This week, the first week of the campaign, found Queen debuting a new, unreleased song featuring vocals from Mercury.

“It’s been 23 years since the world lost our beloved Freddie Mercury,” said Queen guitarist Brian May.

“We’ve made extraordinary progress in the fight against AIDS in that time. But we cannot simply rest on the fact that the treatment is available. We must ensure that it is provided. Roger and I are proud to lend this rediscovered song to the (Coca-Cola) RED campaign, in the hope that Freddie’s powerful voice can inspire the world yet again.”

Check out the never before heard track, “Let Me in Your Heart Again” which was originally recorded for the group’s 1984 LP The Works,.

Donors in a giving mood can also qualify to win several perks including backstage passes to see Bono, a year of EDM with Avicii, a change to spend the day with OneRepublic, and the opportunity to see Queen with Adam Lambert on tour. 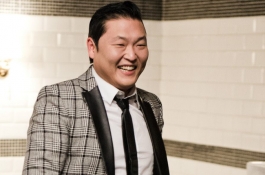 Psy has taken a few months off, but now the Korean pop star is back with a brand new song titled, “Hangover.” The song, which features Snopp Dogg ( nice to see Snopp Lion has been put to rest).

While the song is all sorts of bad, it still doesn’t matter because Psy is kniwn for making these horribly catchy songs that stick to your head like peanut butter on the roof of your mouth.

Check out the new song and video below. 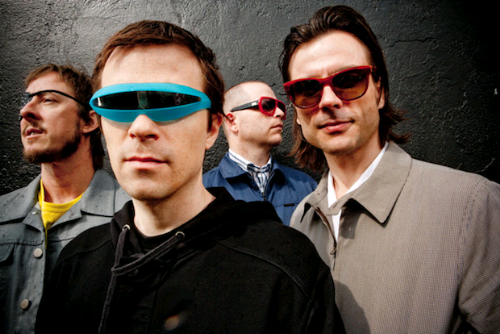 Weezer have been releasing studio updates as they work on their new album and we have now gotten a little teaser for one of their new songs. The clip is part of a new song titled, “Ain’t Got Nobody.”

The band’s ninth, full-length album which will be produced by The Cars’ Ric Ocasek, has been in works for a little while now, and they group even debuted a new song earlier this year went hey hit the high seas for their Weezer Cruise.

But the recording the new album isn’t keeping Weezer in the studio indefinitely. They have a few upcoming festival appearances coming up, including Los Angeles’ Made in America Festival, Firefly, and Riot Fest where they will play The Blue Album in full. 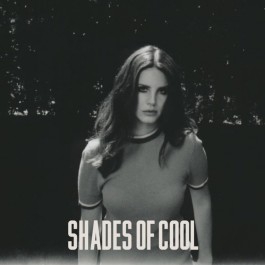 This month has been a pretty good month for fans of Lana Del Rey even though things might have been a lot better had her highly anticipated, new album, Ultraviolence been released at the beginning of the month like she had discreetly told a fan when asked about it.

But then again, beggars can be choosers because the songstress not only revealed the album art and track list for the album, she also confirmed an official released date of June 17 and she was in the middle of a tour (we’re not counting that little break she took to Paris or whatever this past weekend to sing for that irrelevant celebutante and Kanye West). As if that news was not enough to tide fans over until mid-June, Del Rey just released a new track from her album titled “Shades of Cool” which was produced by the Black Keys’ Dan Auerbach.

Check out the full track below which now joins lead single, “West Cost.”

A few days after giving us a really weird music video for his lead single, “Sing” featuring Pharrell and Anti-Ed, the puppet, Ed Sheeran has followed it up by releasing another new track from his upcoming new album, X.

The song is titled “Thinking Out Loud” and made its debut in a live performance on a BBC 2 program, The Jools Holland Show. Following the performance the video was released which also doubled as a lyric video.

“Playing a brand new never before heard song on jools tonight in 30 minutes on BBC2. It’s my favourite track on the album x,” Ed admitted to fans on Twitter right before performing the track.

The full performance can been seen below.

“Thinking Out Loud” marks the third song from the forthcoming album to be revealed. “Sing” was the first since it is the lead single, the ex-lover-dissing track “Don’t” made its debut on Saturday Night Live earlier this month and now this one. X is set to be released on June 23, but we can bet some other tracks will be revealed before the full album hits the shelves. 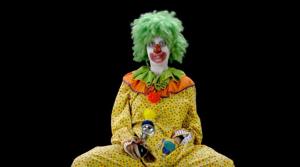 Katy Perry has been known for releasing some “out there” music videos (hello, “Last Friday Night”), so it should come as no surprise that the new music video for current single, “Birthday” would follow that kind of theme.

Earlier in the month, Perry had revealed her fourth single from PRISM would be “Birthday.” Along with the reveal, she uploaded a picture of her as a child with a birthday cake in front of her and an Instagram filter that had her name in balloon letters onto Twitter, sealing that the songs would be the next to hit the radio.

On Monday, she released a teaser for the video which featured a hog-podge of the worst birthday entertainers including Goldie the dancer, Yosef Shulem the MC, Kriss the clown, Ace the animal trainer and Princess Mandee. In case you couldn’t tell, all of the characters were performed by Perry herself.

When asked about why she decided to go this crazy path for her new video during her appearance on Jimmy Kimmel this past Monday, Perry replied, “I was sick of making gorgeous music videos where I’m sexual.That can get boring sometimes and you need to flip it on its head.” 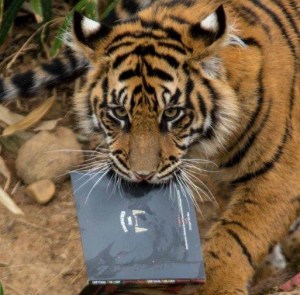 While we shouldn’t designated just one day to celebrate the greatest that is Mother Nature and all that she gives us, today, according to all calendars and the internet is that one day.

In honor of Earth Day many people have gone out and done a couple of good things for the environment such as picking up garbage in their neighborhood, planting some seeds for flowers and trees and all that good stuff, but Portugal. The Man have done something else and released a song titled “Endangered Song.”

The song is all part of a campaign to bring awareness for the Sumatran Tiger and to help save the large feline. The band have made over 400 copies of the 7″ vinyl which is designed to degrade over a time. And just like the message to help keep the endangered tiger alive, the release also helps promote the message of keeping music alive.

For more about the Endangered Song campaign head on over to the official site sponsored by the Smithsonian National Zoological Park Conservation Biology Institute and listen to the song below.

Spread the word and love for the Earth. Mother Nature is watching you.