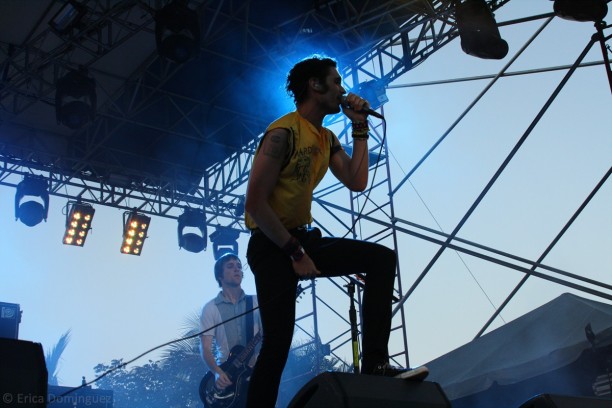 After teasing earlier this month that there would be some new music from them, the All-American Rejects have returned with that brand new song. On Friday (Oct. 30), the Oklahoma-based band returned with a brand new track titled “There’s A Place.” The song was exclusively written for the upcoming Drew Barrymore/Toni Collette-starring film, Miss You Already which frontman Tyson Ritter will be in.

The music video for the song was directed by the film’s director, Catherine Hardwicke (Twilight).

“The production put me up in a quaint but isolated flat in West Kensington, and I had nothing but a ukulele to keep me busy when I wasn’t on set,” says frontman Tyson Ritter via Alternative Press.

“My first day of work I met Toni and watched her playing Milly, a wife and a mother of two, who had just been diagnosed with breast cancer. As heavy of a subject that is to discuss, let alone portray, I was immediately awestruck by Toni’s bravery. After my first day on set, I had this ringing in my ear. Having not composed a piece of music for over a year at that point, I didn’t recognize that I was hearing a melody. With that melody, came the words. Immediately I knew what it was, it was a song for Milly, a song that was written as a goodbye note to her loved ones. ‘There’s A Place’ is something I’m very proud of as it came from the purest center of myself. As soon as I finished the demo, I sent it to Catherine and she was into it, and as simple as that, it was in the movie.”

Watch the music video for “There’s A Place” below.

Miss You Already is set to be released on Nov. 6 while “There’s A Place” is The All-American Rejects’ first song in several years. The band’s last studio album of new material was 2012’s Kids in the Street.