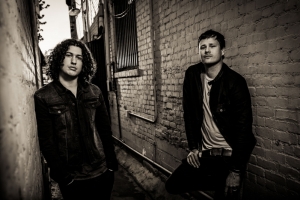 Angels and Airwaves promised fans yesterday afternoon they would be releasing their new music video at midnight, and that’s a promise that they kept.

The band took to Instagram to post a picture from the set of lead single “The Wolfpack” last week and promised the video would released soon. Considering the song was released on Halloween, that was pretty quick.

In the clip we are introduced to who we can only assume to be Poet Anderson, the character that will play a key role in all of Angels and Airwaves’ new artistic ventures.

Poet )if we can call him that) seems to not be able to can’t catch a break as he ends up reliving the same night over and over again.

Check out the music video for “The Wolfpack” below.

Angels and Airwaves have finally given fans an official release date for their upcoming new album after rumors had some hoping the release date would be Halloween. As we saw, the only thing we got on Halloween was “The Wolfpack.”

The Dream Walker will be released on Dec. 9.

Like many fans pointed out, it appears the band are down to just two members, though we kind of already knew that when the band’s Facebook page only listed Tom DeLonge and Ilan Rubin as members last month. Earlier in the year, DeLonge had revealed David Kennedy and former Thrice bassist, Ed Breckenridge had been added to the group, but so far, they have been nowhere to be seen.

DeLonge answered fan speculation during an interview with Rocksound where he said:

“So there’s no real story there, and David [Kennedy, guitar] is still here. Everyone’s running around going, ‘What’s going on with David?’ It’s just when it came to writing the record, Ilan and I did that together. Eddie Breckenridge -the bass player from Thrice- is still here too. I think people are just confused.” 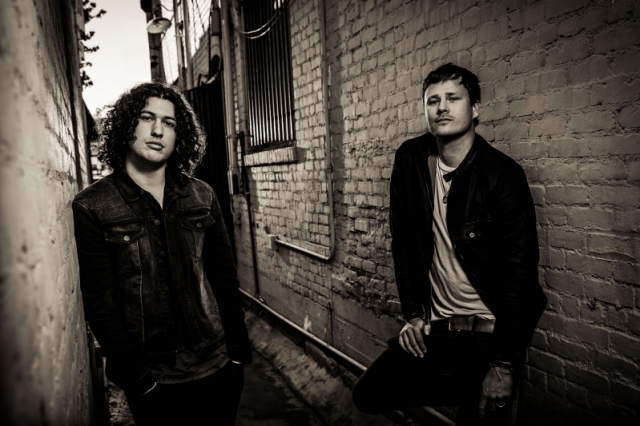 Angels and Airwaves promised fans a few weeks ago that they would be releasing something big on Halloween, and now the time has come.

The big news the band had been hinting towards was the decision to co-premiere their new single, “The Wolf Pack” alongside many of our favorite music publications which include: PureVolume, BuzzNet, Alter the Press, AbsolutePunk, and others.

“‘The Wolf Pack’ is the first single from our upcoming album, The Dream Walker, which is part of a bigger trans-media project called Poet Anderson: The Dream Walker,” said AVA frontman Tom DeLonge.

“The song is a bit of a journey in and out of the many teeth of the music business; an industry that can be a sexy girl on one hand, but a vicious ax murderer on the other.”

But while the projects will all intersect each other, DeLonge does tell fans that each piece of the trans-media project will be able to stand on its own.

Check out the audio of the new track here.