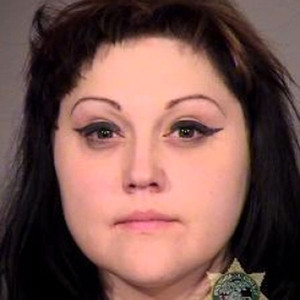 The Gossip’s lead singer, Beth Ditto was arrested early Tuesday morning in Portland after she allegedly got super wasted, walked into the middle of the street, blocked traffic and started to yell.

Portland PD were called to the scene and found Ditto, real name Mary Beth Patterson, “standing in the middle of the street with her arms extended from her sides like an airplane” according to Portland PD spokesman, Sgt. Pete Simpson.

A source told the Willamette Week, a bartender at the Bungalo Bar cut the singer off because she was completely drunk. Not feeling the fact that she was cut off, Ditto went outside, threw her shoes and purse and started to shout, “Obama! Obama!”

But all is good, she was released a short time later. Now she can continue her one man (woman?) cheer party for the president.