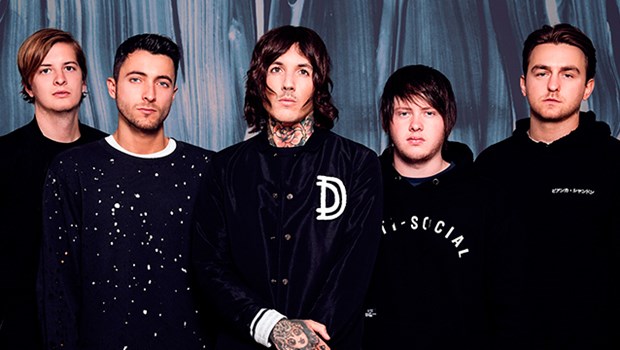 A week after teasing a North American tour in the near future on social media, Bring Me the Horizon has confirmed the outing scheduled for the spring. On Monday (Nov. 7), the British band announced plan to tour North America in early 2017. The tour, which has been named the “American Nightmare” tour, is set to kick off on March 10 at the Revention Music Center in Houston and wrap up a month later on April 8 at the Joint in Las Vegas.

Beartooth and the recently reunited Underoath have been confirmed as Bring Me the Horizon’s special guests for the excursion. Tickets for the tour will go on sale beginning this Friday, Nov. 11, at 10 a.m. local time.

The tour will be in support of Bring Me the Horizon’s recently released record, That’s the Spirit. Last week, the band released their somewhat creepy music video for “Oh No,” one of the many tracks featured on the record. Prior to the tour dates and music video reveal, the band announced the release of their live album. Live at Royal Albert Hall is set to be released on Dec. 2. The record was recorded back in April of 2016 at the Royal Albert Hall where they performed alongside a live orchestra. Pre-orders for the live album are currently available on the band’s website with proceeds from the sales going to the Teenage Cancer Trust.

For now, the complete list of North American tour dates can be seen below.