The 87th Annual Academy Awards have now called it a night and after a three and a half hour ceremony, we have the official winners of the night who get to take home a little golden statue named Oscar for their performances on, and behind, the big screen.

Check out the full and complete list of winners from last night’s award ceremony.

“Glory” from Selma, music and lyrics by Common and John Legend

The 87th Annual Academy Award nominees have been revealed and let’s just say that it looks very similar to those nominated for the Golden Globes that took place this past weekend.

Instead of going into a full recap of all the reveals done early this morning in a live feed, take a look at all the nominees below and start placing your beats on who’s going home with a new little friend named Oscar.

The 87th Annual Academy Awards will take place on Feb. 22 at the Dolby Theatre at the Hollywood & Highland Center and will be broadcast live beginning at 7 p.m. ET on ABC. Neil Patrick Harris will be taking over the role of host for the evening’s event. 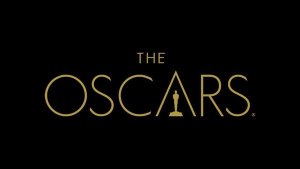 After three hours of being in front of a television watching the 86th Annual Academy Awards, the show has finally come to an end with many awards given to some of the biggest films of the year. Gravity won many awards in the technical categories, while Dallas Buyers Club took home award for both “Best Actor” for Matthew McConaughey and “Best Supporting Actor” for Jared Leto.

The biggest award of the evening, “Best Picture” went to 12 Years a Slave  as well as “Best Supporting Actress” which went to the film’s female, breakout star Lupita Nyong’o. Disney’s Frozen went back to Arendelle with two awards, one for “Best Animated Feature Film” and “Best Original Song” for Idina Menzel’s “Let it Go” beating out Pharrell’s radio staple and Despicable Me 2‘s anthem, “Happy.”

The full list of all the winner can be seen below. 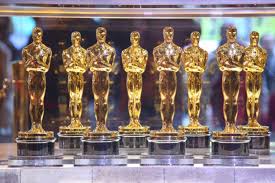 Seventy-five is the amount of songs that have been nominated for the 2014 Academy Awards Best Original Song short list.

Songs that made the long list, which ironically is called the short list comes from several different film with, of course, different music styles, but with a killer soundtrack, nonetheless.

One of the songs to make the list is one that could be attributed to some foreshadowing. About a year ago, Paul McCartney said that there might be a Nirvana reunion with him taking the place of the late Kurt Cobain. That is exactly what happened during the 12-12-12: The Concert for Sandy Relief, when the former Beatle was back by Dave Grohl, Krist Novoselic, and honorary Nirvana member Pat Smear.

The song that they performed at the time “Cut Me Some Slack,” was just a treat, but it later turned out to be for Grohl’s Sound City: Real to Reel documentary film soundtrack.

Also making the not-so-short short list are many of the songs that were also nominated for the same award at the Golden globes. Those include Taylor Swift’s One Chance contribution, “Sweeter Than Fiction,” U2’s “Ordinary Love” which was featured on the Mandela: Long Walk to Freedom soundtrack and Coldplay’s “Atlas” from The Hunger Games: Catching Fire.

Instead of going into detail about every song on the list, check them all out below, and believe us, it’s a pretty long list, so get your patience on.

The 86th Annual Academy Awards are scheduled for March 2.

“Amen” from All Is Lost
“Alone Yet Not Alone” from Alone Yet Not Alone
“Doby” from Anchorman 2: The Legend Continues
“Last Mile Home” from August: Osage County
“Austenland” from Austenland
“Comic Books” from Austenland
“L.O.V.E.D.A.R.C.Y” from Austenland
“What Up” from Austenland
“He Loves Me Still” from Black Nativity
“Hush Child (Get You Through This Silent Night)” from Black Nativity
“Test of Faith” from Black Nativity
“Forgiveness” from Brave Miss World
“Lullaby Song” from Cleaver’s Destiny
“Shine Your Way” from The Croods
“Happy” from Despicable Me 2
“Gonna Be Alright” from Epic
“Rise Up” from Epic
“What Matters Most” from Escape From Planet Earth
“Bones” from For No Good Reason
“Going Nowhere” from For No Good Reason
“Gonzo” from For No Good Reason
“The Courage to Believe” from Free China: The Courage to Believe
“Let It Go” from Frozen
“100$ Bill” from The Great Gatsby
“A Little Party Never Killed Nobody (All We Got)” from The Great Gatsby
“Over the Love” from The Great Gatsby
“Together” from The Great Gatsby
“Young and Beautiful” from The Great Gatsby
“The Moon Song” from Her
“I See Fire” from The Hobbit: The Desolation of Smaug
“Bite of Our Lives” from How Sweet It Is
“Try” from How Sweet It Is
“Atlas” from The Hunger Games: Catching Fire
“Better You, Better Me” from The Inevitable Defeat of Mister & Pete
“Bring It On” from Jewtopia
“Aygiri Nadani” from Kamasutra 3D
“Har Har Mahadeva” from Kamasutra 3D
“I Felt” from Kamasutra 3D
“Of the Soil” from Kamasutra 3D
“Sawariya” from Kamasutra 3D
“In the Middle of the Night” from Lee Daniels’ The Butler
“You And I Ain’t Nothin’ No More” from Lee Daniels’ The Butler
“Let’s Take a Trip” from Live at the Foxes Den
“Pour Me Another Dream” from Live at the Foxes Den
“The Time of My Life” from Live at the Foxes Den
“Ordinary Love” from Mandela: Long Walk to Freedom
“Monsters University” from Monsters University”
“When the Darkness Comes” from The Mortal Instruments: City of Bones
“Sacrifice (I Am Here)” from Murph: The Protector
“The Muslims Are Coming” from The Muslims Are Coming!
“Oblivion” from Oblivion
“Sweeter Than Fiction” from One Chance
“Nothing Can Stop Me Now” from Planes
“We Both Know” from Safe Haven
“Get Used to Me” from The Sapphires
“Stay Alive” from The Secret Life of Walter Mitty
“So You Know What It’s Like” from Short Term 12
“There’s No Black Or White” from Somm
“Cut Me Some Slack” from Sound City
“You Can’t Fix This” from Sound City
“Let It Go” from Spark: A Burning Man Story
“We Ride” from Spark: A Burning Man Story
“Becomes the Color” from Stoker
“Younger Every Day” from 3 Geezers!
“Here It Comes” from Trance
“Let the Bass Go” from Turbo
“The Snail Is Fast” from Turbo
“Speedin'” from Turbo
“My Lord Sunshine (Sunrise)” from 12 Years a Slave
“Make It Love” from Two: The Story of Roman & Nyro
“One Life” from The Ultimate Life
“Unfinished Songs” from Unfinished Song
“For the Time Being” from The Way, Way Back
“Go Where the Love Is” from The Way, Way Back
“Bleed for Love” from Winnie Mandela