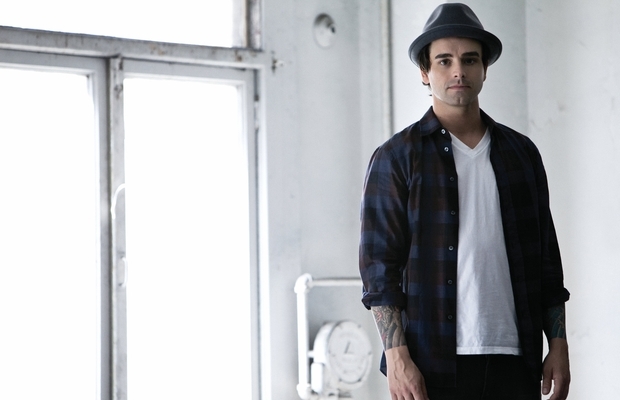 Dashboard Confessional fans have been waiting some time for some new music, and now, they’ve gotten a taste of what to expect. On Thursday (May 19), the Florida-based band released their much-anticipated new song, “May.” The barely two-and-a-half minute video features frontman Chris Carrabba in what looks like a practice room, playing his guitar while sitting in front of a drum kit and several flags hanging on the back wall (state of Florida represent). Watch the video for the song below.

Last year, Dashboard Confessional hit the road alongside Third Eye Blind for a summer tour which only began fan speculation of new music. Nothing happened, so the speculation eventually died down. Then, earlier this month, Carrabba sat down with Entertainment Weekly to discuss new music and the frenzy of speculation began again.

“I don’t have any idea of a release date or a worry about one for that matter but I’m really excited to be doing it because I don’t think it’s ever felt this much like the beginning again…No one’s paying attention,” Carrabba explained to the publication. “No one’s looking over my shoulder to see how the songs are going or when the record’s coming out. There are no notes from anybody. I’m just quietly toiling away like I did on my first album [2000’s The Swiss Army Romance].”

Whatever Carrabba and company have up their sleeves, fans will be waiting. Dashboard Confessional released their last album, Alter the Ending back in 2009; seven years ago. While there still is no confirmation on when the new album will be finished/released, or even if this song will be on it, the band’s dedicated followers have something to look forward to.

Dashboard Confessional was one of the bands confirmed to hit the road for the Taste of Chaos resurrection tour. Alongside Taking Back Sunday, The Early November, Saosin, and more, the band will perform at a slew of North American venues in honor of TOC’s first tour in over five years. The complete list of upcoming tour dates can be found here. 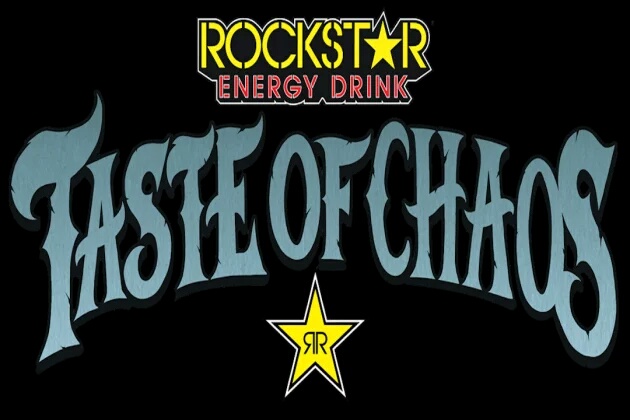 When it was announced that Taste of Chaos would be making a triumphant return in 2015, the people behind the once-great music festival decided to keep it as a one-day event in its hometown of San Bernardino, CA. After a successful event, plans were made to take the festival back on the road, after an almost six-year hiatus. Earlier this month, it was announced that the Rockstar Energy Drink Taste of Chaos Tour would hit the road again with its last stop being where it all began; the San Manuel Amphitheater Festival Grounds in San Bernardino.

On Monday (March 28), festival organizers unveiled the list of performers set to take the stage when the festival closes out in mid-July. Previously announced bands Taking Back Sunday, Dashboard Confessional, Saosin, and the Early November will perform during that last show. In addition to the previously announced four acts, bands like Quicksand, the Get Up Kids, the Starting Line, Senses Fail, the Anniversary, Hot Rod Circuit, and Reggie and the Full Effect will all take the stage during that show.

“After seeing the success of last year’s Taste Of Chaos, it was clear that there was a demand for the festival’s return. We’re excited to be able to bring this expanded music lineup to the Southern California show,” said co-founder Kevin Lyman.

Agreeing with their soon-to-be tour mate are Taking Back Sunday who added, “It’s going to be good to be back in the company of so many bands we are both friends with and fans of.”

Taste of Chaos will arrive at the San Manuel Amphitheater Festival Grounds in San Bernardino on July 16. Tickets for the show will go on sale beginning this Friday, April 1 at 10 a.m. PT. The complete list of tour dates for the 2016 Taste of Chaos tour can be seen here. 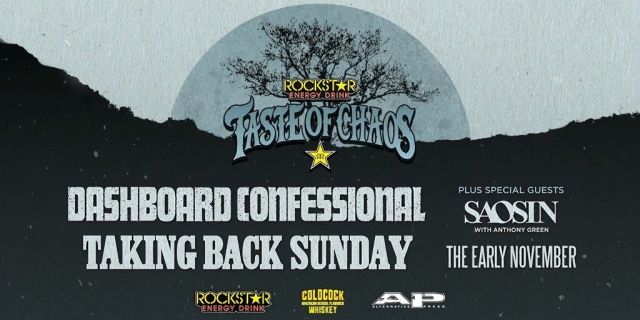 Taste of Chaos made a triumphant return in 2015 with its one-day music festival in California and now, it looks like they are ready to conquer North America once again. On Monday (March 14), it was announced that the Vans Warped Tour’s sister festival will once again hit the road in 2016. Instead of traveling across the country in the winter which is how it earned its nickname, Winter Warped, the traveling rock show will take place during the spring/summer.

But if the plans to hit the road after six years of radio silence isn’t enough to get you to go, then the bands that will hit the road on the tour will convince you. Bands like Taking Back Sunday, Dashboard Confessional, and The Early November will headline all the tour dates. Saosin, Motion City Soundtrack, and The Starting Line will also play selected dates. This will be the second full tour this year that Saosin will go on that will feature former vocalist Anthony Green on the microphone. Unlike this being good news for Saosin fans, this tour might mark the last time Motion City Soundtrack hits the road together before their indefinite hiatus.

The 2016 Rockstar Energy Drink’s Taste of Chaos tour kick-off on June 3 at the FirstMerit Bank Pavilion at Northerly Island in Chicago and wrap up a month-and-a-half later on July 16 at the San Manuel Amphitheater in San Bernardino, CA; the place where the resurrection of Taste of Chaos all began last October. Tickets for the excursion will go on sale beginning this Friday, March 18 at 10 am, local time. Check out the complete tour schedule below. 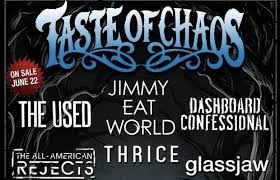 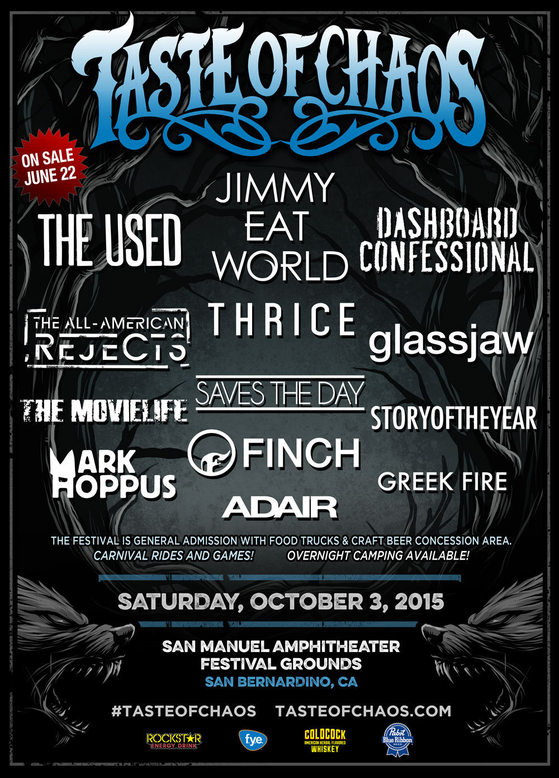 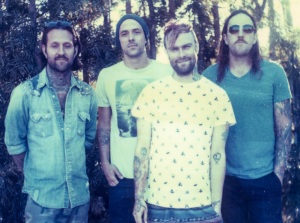 Could it be true that the Taste of Chaos travelling show will be resurrected from the dead?

All signs are pointing that there might be a resurrection of the short-lived tour. Back in September, Kill the Music had claimed that Taking Back Sunday and The Used would be heading out on some kind of a tour. Flash forward to the end of October and it looks like the rumors might be true.

Now, Main Stage Productions, a website that informs talent buyers and college clubs hoping to host events about available tours, has updated their list to include a Taking Back Sunday/The Used package which says that they would be available to perform between March 15 to April 27.

While nowhere does it say that this listing is anyway related to the tour, coincidentally, the days listed on the site do happen to fall within the time frame that Taste of Chaos would typically occur.

Back in July, rumors started when The Used’s frontman, Bert McCracken  mentioned “I heard a big rumor that The Used is putting back together the Taste Of Chaos for springtime. Does that sound like a good time?”

Check out McCracken’s tease at the end of the video below.

Taste of Chaos began in 2005 with The Used and My Chemical Romance headlining, but in 2010, the tour ended its run with Disturbed on the bill.