So what happens when some of Batman’s baddies get together to give us their own version of N.W.A.’s “Straight Outta Compton”?

We are given this gem titled “Straight Outta Gotham.” The parody of features some of Batman’s biggest foes like Two-Face, Bane, The Riddler, The Joker, and Harley Quinn who doesn’t exactly rap but does hit the road alongside her Mr. J.

After revealing the line-up for the two other “spin-off” festivals the original made way for, how exactly do you follow that up?

By revealing the completely awesome line-up the original festival is going to have.

After giving fans the list of artists slated to make their way to Denver and/or Toronto (while also keeping some names secret), Riot Fest have released the names of those who will be taking a trip to the birthplace of the festival at their new stomping ground, Douglas Park, Chicago during the weekend of Sept. 11-13.

Much like the others, Riot Fest Chicago will feature performances from Tenacious D, Iggy Pop, Motörhead, Alexisonfire, Alkaline Trio, and many more.

What makes this line-up so different (at least for now) are the artists that will be performing their full albums during their sets(kind of like last year).

Check out the line-up below. 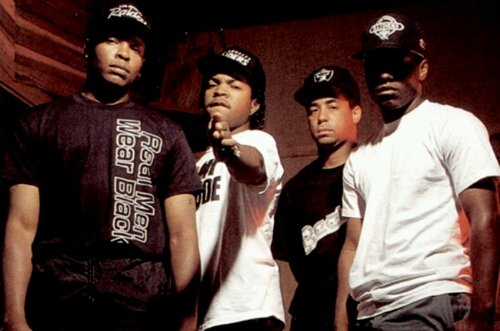 The NWA bio-pic has reportedly cast the roles of Ice Cube, Dr. Dre and Eazy-E. Universal has decided to forgo the typical route taken by casting big names for such high profiled roles, and have instead decided to cast unknown actors to portray the roles of the rappers.

Straight Outta Compton, which is fitting named after the NWA’s hit 1988 record has been in the midst of development for the past five years and reportedly has had no less than four writers attached to the bio-pic’s screenplay. After all the roadblocks, it was beginning to seem like the film would never get on its feet and make it to the production stage.

Thanks in part to an article published on Billboard, it seems like the time had finally comes for the film to move forward, especially since some key roles for the film have been cast.

After several weeks of speculation, it was confirmed that Ice Cube’s son, O’Shea Jackson will play his father’s role in the film. Rounding out the main cast are New York theater actor, Marcus Callender as Dr. Dre, while up and comer, Jason Mitchell will take on the role of Eazy-E.

Billboard claims that Mitchell’s casting comes after an inside source told the publication he “nailed” his screen test.

As for the rest of the film, it has been derailed so many times in the past that, hopefully, it’s a thing of the past and the film can move forward. The small issues that will probably derail it again will do with the actual screen play since Ice Cube, Dr. Dre and Eazy-E’s widow Tomica Wright, have script and cast veto powers.

If things don’t go smoothly, this will be very interesing.