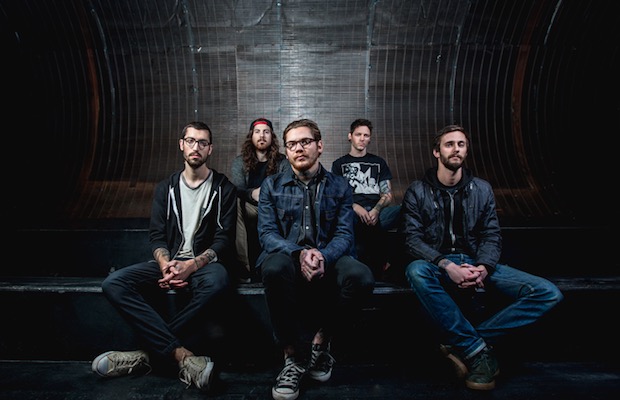 Record Store Day was a few weeks ago, and now The Devil Wears Prada are giving fans the chance to hear their Record Store Day contribution, a song titled “South of the City.”

The band revealed they went into a recording studio back in 2014 in northwest Indiana to record the song. They spent four days holed up, but decided to film the experience and release it as a short documentary. The documentary is currently available for viewing and comes in at 36 minutes.

If you’re interested, it can be seen here while the stream of “South of the City” can be heard below.

The Devil Wears Prada recently revealed they had returned “home” to Rise Records to release their upcoming new album; they conceptual record, Space.

Currently, the Ohio band are in the middle of the second leg of their “Zombie 5 Tour” in honor of the record’s fifth anniversary. Secret and Sleepwave are currently on the road with them.

After the “Zombie 5 Tour” wraps up, they’ll take a quick break and then head out on this year’s Rockstar Mayhem Festival alongside Slayer and HellYeah.