Earlier this week Something Corporate and Jack’s Mannequin frontman Andrew McMahon has dropped two new songs as well as news that he would be pursuing a new solo endeavor named, Andrew McMahon in the Wilderness.

Today, the singer under his new project’s name, dropped another new song titled, “Cecillia and the Satellite.”

For those that don’t know, McMahon and his wife welcomed a little girl earlier this year whose name just so happens to be Cecillia.

Listen to the song below and keep an eye out because McMahon has promised more news coming our way including Fall tour dates which will be unveiled on Monday.

Read McMahon’s letter to fans about his new project:

I’ve always thought of music as a mirror to the adventure of living. Over the last 14 years I have lived many lives and had the opportunity to play stages around the world in various incarnations.

At times I’ve performed simply as Andrew McMahon but mostly as Jack’s Mannequin and Something Corporate. As I embark on yet another musical adventure, I will be traveling with my band to many of those same stages, this time as “Andrew McMahon in the Wilderness”. I suppose my wilderness is mostly an abstract one.

Since putting Jack’s behind me, I have forced myself into strange spaces seeking new stimulus. New lights on the path to the high of a finished song.

Since getting off tour last summer this pursuit intensified. From more than one Southern California garage, to a cabin set deep in Topanga Canyon, to a shoebox studio in the thick of the Hollywood tourist traps, the only constants have been my keyboard and a desire to make my best music.

I’ve met amazing people in the process; people who have propped this mission up, adding a palate of sound and perspective. This new name carries with it the spirit of that collaboration. As my fans, you have seen me through many transitions. From a misunderstood pop band in a punk world, to a man in transit sent spinning through illness and recovery. We’ve seen each other through a lot. We met me in the pop underground, I hope to see you in the wilderness.  More big news to come…stay tuned.

For those that have been suffering from a Something Corporate withdrawal since their reunion tour back in 2010, be in pain no longer, because news has surface that the band’s hit 2003 full-length album, North might be coming to store near you in vinyl form.

Enjoy the Rite Records teased the news over Instagram earlier today by writing, “as promised….it’s coming #north #10thanniversary.” But that wasn’t all the hints that were being given to hardcore and casual fans of the album which turns ten later this year. Label head, Ross Shotland hinted that there might be an October release date (the official ten-year anniversary) and that only 3,000 pressing will be available for purchase.

Shotland also revealed that there will only by three retailers that will be selling the vinyls: ETR, the band themselves and Hot Topic.  Modern Vinyls reports that the record “will be a single LP, housed in a gatefold jacket.”

While this might end up being 100% true, there is always that slight chance that information might change along the way, so for now, take this piece of information with a grain of salt and hope that everything goes as planned.

For those that might have not known, ETR also released the vinyl edition of the band’s other album, Leaving Through The Window, which no surprise is available at Hot Topic. 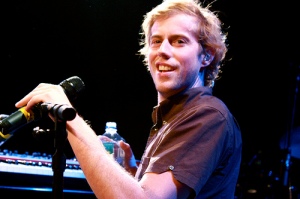 Something Corporate and Jack’s Mannequin frontman, Andrew McMahon has released a new song titled, “After the Fire.” The song will be featured on his upcoming EP, The Pop Underground which will be released on April 30th. you can check out the song on Rolling Stones’ website or just click here.

The Pop Underground EP will feature four songs and be the first album the singer puts out as a solo artists.

McMahon is currently on tour but will be joining O.A.R on a Summer tour starting in Mid-June. Full tour dates can be seen below.