For anyone who attended the Vans Warped Tour during the past week, noticeably, there was a band missing from the line-up: Slaves.

The Jonny Craig-led group was quietly taken off the line-up and almost as fast as that hit the web, rumors began including the one in which the band was kicked off because they were caught selling drugs from their merchandise tent.

Turns out, the group was allegedly dismissed from the traveling rock show due to Craig harassing the band’s merchandise worker while drunk, which, reportedly, was in violation of their contract.

Instead of keeping the group on the tour, it was voted during the tour’s Town Hall Meeting that Craig and the rest of Slaves were to be removed from the remaining dates.

Slaves have now taken to the internet to issue a statement about their removal from Warped Tour.

“I’m going to keep this as short as i can, first i’m going to address the rumors that are NOT true.

There were NOT drugs involved nor was anyone in our band looking to buy, or sell drugs.

There was NO RAPE or any forceful sexual harassment, no woman was ever touched or even spoken to, just felt uncomfortable by our behavior.

We NEVER agreed to Warped Tour, Or to Colleen that we would not drink on this tour.

Let me make it clear that we are not continuing Warped Tour because we were voted off because the opinions of certain people who believe that since Jonny drank, despite his success getting clean, will lead to his relapse.

This band has been under a microscope for everything we have done, we have had to bite our tongue for every completely twisted story that hits the internet, and are now being called rapists for something the internet doesn’t know about, all of this is because of what people have read about Jonny’s past instead of what people KNOW about who Jonny is.

We aren’t the people you have read about, if you would take the chance to get to know us you would see that every situation isn’t what you read of it online.

Our first merch person was a very attractive girl whom remains to be our very good friend. You can read her statement here: http://www.twitlonger.com/show/n_1sn3q90

This is all we are going to say about this situation.

Chiodos have been a little quiet since September when news broke they would be down two members. As quickly as the announcement was made, the band announced the replacements and everything was back to normal.

Now, more good news for fans of the band; they will be heading out on a holiday tour in December. The slight tour will being on Dec. 10 in Pontiac, MI at The Crofoot and wrap up on Dec. 18 in Cleveland at the Agora Theater.

Also headlining the short tour will be We Came as Romans with special guests Sleepwave and Slaves.

Tour dates for the seven-day trek can be seen below.

CHIODOS with WE CAME AS ROMANS HOLIDAY TOUR:

This holiday tour will come two months after they wrapped up their gig on A Day to Remember’s “Parks and Devastation” tour which ended earlier this month (Oct. 11).

In other news, Chiodos have recently been confirmed to be performing at the South by So What? Festival in March at the QuikTrip Park in Grand Prairie, TX. 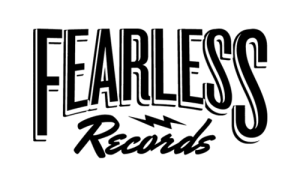 Fearless Records is returning with the newest installation of their popular Punk Goes… collection. This time, the record label will be gifting us with Punk Goes Pop, Vol. 6.

In addition to giving us the full name of the new Punk Goes…album, the label has also given us the album art, the release date, and most importantly, the tracklist of which artists will be covering which pop songs.

This new volume will include august Burns Red, We Came as Romans, Set It Off, State Champs and several more. Track making the cut this time include Beyoncé’s “Drunk in Love,” Lorde’s “Royals,” and even Paramore’s “Ain’t it Fun.”

Check out the album art and track list below and let’s wonder how Palisades are going to be able to make people stand “Happy” after the zillionth time we heard it on the radio.

Check out the official announcement from YouTuber, Jarrod Alonge.