Blessthefall just wrapped up a North American tour a couple of weeks ago and now, the Arizona band have unveiled plans to hit the road once again after the holidays are over. On Tuesday (Dec. 8), the group revealed that they will be heading out on a month-long tour in early 2016. The tour will be titled the “Drop the Gloves Tour” and will find the five-piece visiting several North American cities.

The tour will kick off on Feb. 20, 2016 at The Catalyst in Santa Cruz, CA and wrap up a month later on March 21 at the Sunshine Theater in Albuquerque, NM. Heading out alongside Blessthefall for the excursion will be Miss May I, The Plot In You, Sirens and Sailors and A War Within. Check out the complete list of tour dates below. 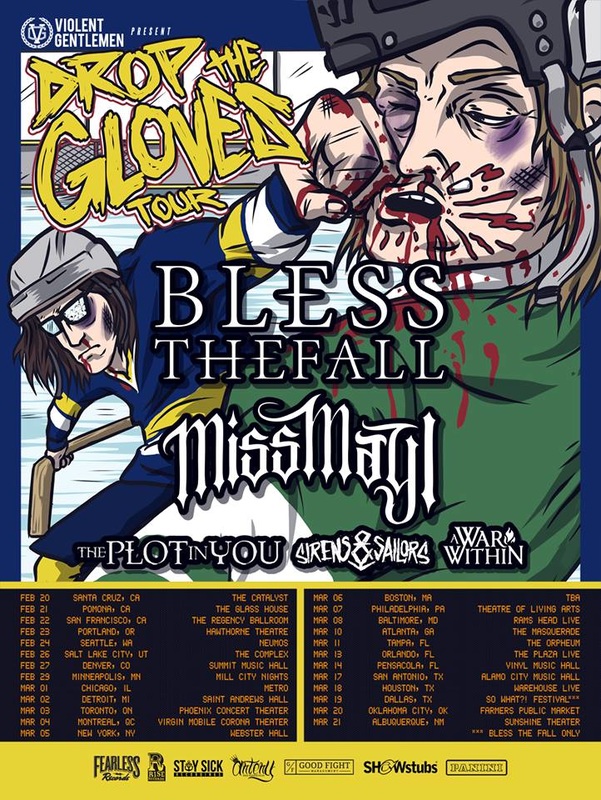 A few months back, the group dropped their latest album, To Those Left Behind, through Fearless Records. In support of the new album, which had not been announced at that time, they hit the road for the 2015 Vans Warped Tour during the summer. After a slight break,  they headed out on their own fall headlining tour which had been named after their recently released record. To Those Left Behind is the group’s fifth studio album and the follow-up to 2013’s Hollow Bodies.