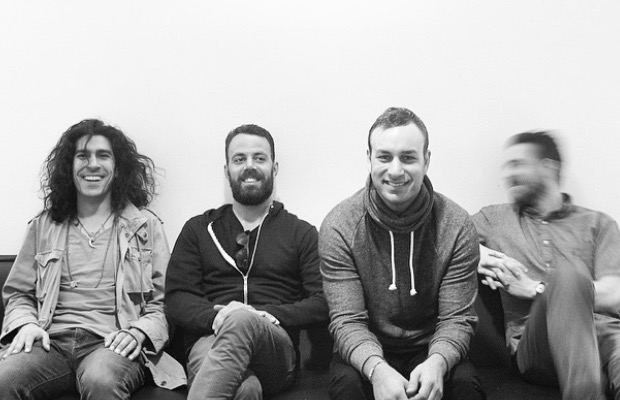 The week isn’t even over and Brand New has debuted another new song.

Last night, the Long Island band made their fans’ hearts stop when they debuted their third new song in the past two weeks.

The track which is titled “Sealed to Me” was performed for the first time at the Shrine Auditorium in Los Angeles.

Before the show, it appears, they handed out piece of paper with the lyrics printed on it.

Of course, since we live in the digital age, several audience members were able to record footage of the performance and upload it for us to see.

In one of several videos available, we see and hear frontman Jesse Lacey tell the audience how hard it has been to write and record new music.

“You try and it doesn’t work. And then other times, you come back to it and try again it out again and you like it. And then a couple of weeks later, you hate the thing that you did,” said Lacey.

“We’re a real mess like that that’s why it takes us so long to write music.”

Check out the video below which features Lacey admitting how much of a pain he is to everyone including his wife and band before “Sealed to Me” begins.

Brand New’s “official new song in six years,” “Mene,” was released earlier this week as a free download. For those who missed the chance to get the track for free, it’s currently available on iTunes.