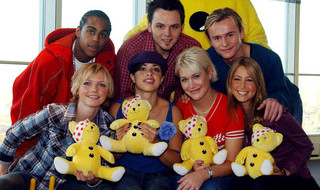 For anyone who grew up in the late 90s/early 2000’s, it must have felt like a blast from the past when news surfaced that S Club 7 would be reuniting for a special live performance.

The British group who called it a day years ago, reunited to perform at BBC’s Children in Need charity function which happened over the weekend. The charity holds a special place for the group who previously contributed two songs from their category for the charity’s compilations in 2000 and 2001.

Watch the live performance before which features several of their biggest hits including “S Club Party,” “Reach for the Stars,” and “Don’t Stop.”

For those not familiar with S Club 7, the British band made a splash in the United States with their television series that followed a fictional version of themselves as they tried to achieve stardom in the United States. The series which originally began in Miami, found them traveling across the U.S. to California where they eventually made it. In between that time, and their travels, they made a couple of film including one that found them going back in time to the 1950’s.

Sadly, members started to leave and eventually, they had to call it a day.