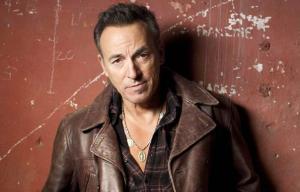 Throughout his time touring Australia and New Zealand, Bruce Springsteen has covered several different songs and his stop at Auckland, New Zealand was no different. Previously, he had covered AC/DC’s “Highway to Hell” with help from Pearl Jam’s Eddie Vedder as well as The Bee Gees’ “Stayin’ Alive.”

In honor of performing in New Zealand, the Boss kicked off his show with an acoustic version of hometown favorite, Lorde’s hit song, “Royals.” Of course, he changed up one of the lyrics, the “you can call be queen bee” to “you can call me king bee” to fit the situation at hand.

His show at Auckland’s Mt. Smart Stadium marked the second time, ever, that Springsteen has done a live appearance in New Zealand; his first time in almost eleven years. Springsteen’s tour down under officially wraps up tonight with a second appearance at Mt. Smart Stadium. After that, the musician will be heading back home to America for a five-week tour.

Take two alternative bands’ frontmen and give them one of 2013’s most played songs and what do you have?

In the video posted below,Brian Dales of the Summer Set and Jon Foreman of Switchfoot covered Lorde’s hit song, “Royals” while performing at To Write Love on Her Arm’s Heavy and Light showcase at the House of Blues on Sunset in Los Angeles two weeks ago.

This was also before Foreman suffered an accident during a show where a fan slashed him while the frontman attempted to crowd surf in San Diego.