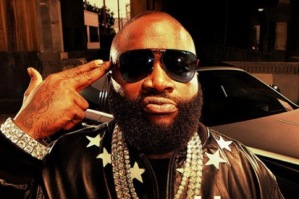 Earlier we wrote about how Rick Ross had been tossed to the side by Reebok as their spokesperson when they found the lyric about rape to be disrespectful and condoning rape.

Trying to clean up the mess that he stepped into, Ross has issued a statement, once again apologizing for his use of rape his line in, “U.O.E.N.O.” and owning up to the “mistake” that has become a major backlash against him.

“Before I am an artist, I am a father, a son, and a brother to some of the most cherished women in the world. So for me to suggest in any way that harm and violation be brought to a woman is one of my biggest mistakes and regrets. As an artist, one of the most liberating things is being able to paint pictures with my words. But with that comes a great responsibility. And most recently, my choice of words was not only offensive, it does not reflect my true heart. And for this, I apologize. To every woman that has felt the sting of abuse, I apologize. I recognize that as an artist I have a voice and with that, the power of influence. To the young men who listen to my music, please know that using a substance to rob a woman of her right to make a choice is not only a crime, it’s wrong and I do not encourage it. To my fans, I also apologize if I have disappointed you. I can only hope that this sparks a healthy dialogue and that I can contribute to it.”

While this isn’t the first time that he has apologized for “unintentionally” condoning rape, it’s a lot better than his slight apologies like the one he did two weeks ago and New Orleans radio station, Q93.3 or on his Twitter where he just said that he doesn’t condone rape.

After a petition hit the web asking Reebok to drop Rick Ross as a spokes person for his rape lyric in Rocko’s “U.O.E.N.O.,” Reebok has officially terminated his contract with the sports apparel company.

This decision comes about two weeks or so after the petition by Nita Chaudhary and her women’s rights group UltraViolet, started a petition calling for the company to drop him for being insensitive about the issue of rape.

“We are appalled that Reebok would pay a spokesperson who brags about enjoying drugging and raping a woman,” Chaudhary said about why she started the petition. “Reebok devotes a lot of time, energy and money to marketing to women—and now they are paying a man who is literally bragging about raping us while absurdly insisting it can’t possibly be rape if he doesn’t use the word ‘rape.’”

“Reebok holds our partners to a high standard, and we expect them to live up to the values of our brand. Unfortunately, Rick Ross has failed to do so,” the company said in a statement. “While we do not believe that Rick Ross condones sexual assault, we are very disappointed he has yet to display an understanding of the seriousness of this issue or an appropriate level of remorse.”

Ross had attempted to do damage control since the song made its initial debut by first hitting New Orleans radio station, Q93.3 to explain how it was a “misunderstanding.”  He later went on his Twitter to publicly apologize or cover his butt and writes, “I dont condone rape.Apologies for the #lyric interpreted as rape. #BOSS”

In case you aren’t already familiar with the rape lyric in the song, here it is:

Looks like someone will be heading to sensitivity training pretty soon.

We all know that rappers have the tendency to put their foot in their mouths when it comes to rapping on their tracks, but now it looks like Rick Ross has done the same, but ten ties worse.

Ross is coming under fire when the lyrics to his song, “U.O.E.N.O,” appears to condone date rape. The line, “put Molly all in her champagne, she ain’t even know it / I took her home and I enjoyed that, she ain’t even know it.” Now the rapper is trying to back pedal during a radio interview on 93.3 in New Orleans.

“Woman is the most precious gift known to man. And there was a misunderstanding with a lyric, a misinterpretation,” he said. “I would never use the term rape in my records, in my lyrics. And as far as my camp, hip-hop don’t condone that, the streets don’t condone that, nobody condones that,” the rapper added.

Currently there is petition being passed around to encourage Reebok to drop Ross as a spokesperson due to the line from the song.

“We are appalled that Reebok would pay a spokesperson who brags about enjoying drugging and raping a woman,” said Nita Chaudhary, co-founder of the women’s rights group UltraViolet, in a recently released statement. “Reebok devotes a lot of time, energy and money to marketing to women—and now they are paying a man who is literally bragging about raping us while absurdly insisting it can’t possibly be rape if he doesn’t use the word ‘rape.'”

The petition which was started by Chaudhary’s UltraViolet group, currently has accumulated 51,000 signatures in less than 15 hours. No word from Reebok about the petition or the controversial lyric.