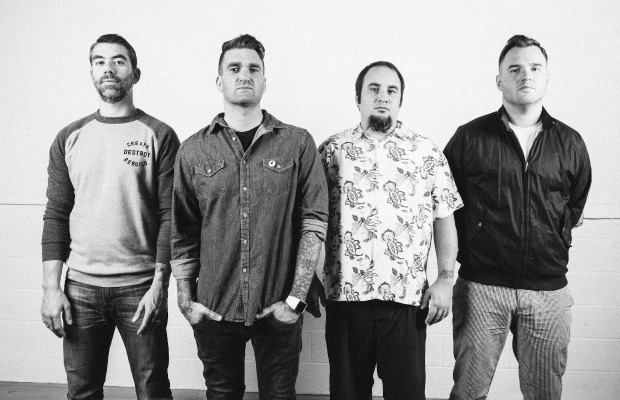 In addition to the new music video, New found Glory have also re-released their 2014 album, Resurrection. The reissue is titled Resurrection: Ascension and will feature two unheard tracks as well as a newly redone version of “Vicious Love” featuring Paramore’s Hayley Williams.

With just a few hours until they are scheduled to take the stage at the Alternative Press Music Awards, New Found Glory has debuted the music video for their latest single, and our personal favorite track from Resurrection, “Vicious Love.”

The video features all the members of New Found Glory decked out in the worst fake beards and mustaches around. What’s even worse is that they’re tattoo artists who are horrible at what they do. From tattooing the wrong names on people to crossing out a tattoo a client wanted covered up with an orange marker, you can tell that the guys aren’t exactly good at their job. As a word of caution, just wait until you get to the tattoo that they “did” featuring Princess Leia, Darth Vader, and a lightsaber.

New Found Glory will be releasing Resurrection: Ascension on Oct. 9 through Hopeless Records. The re-issue will also feature two unheard tracks as well as the video’s version of “Vicious Love.”

The album will fittingly be released around the same time that their co-headlining tour with Yellowcard is slated to begin. Full tour dates  for that can be seen here.