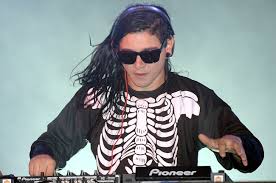 When Skrillex announced that he would be hitting the tour circuit beginning this Spring, some fans should have caught on that there was something else coming this way because the EDM staple had not released anything in sometime.

Looks like the DJ fixed that by pulling a Beyoncé and releasing a full album without anyone’s knowledge. This news comes just a day after releasing his “Mothership Tour” dates and a several since the mysterious “Alien Ride” app was released for both Apple and Android.

Starting Monday night, every 30 minutes, the 11 hidden objects began unlock, revealing the songs that would go on to make up his previously unannounced album, Recess. Though now all the tracks have been revealed, Recess will official become available for purchase on March 18 through  OWSLA/BigBeat/Atlantic Records.