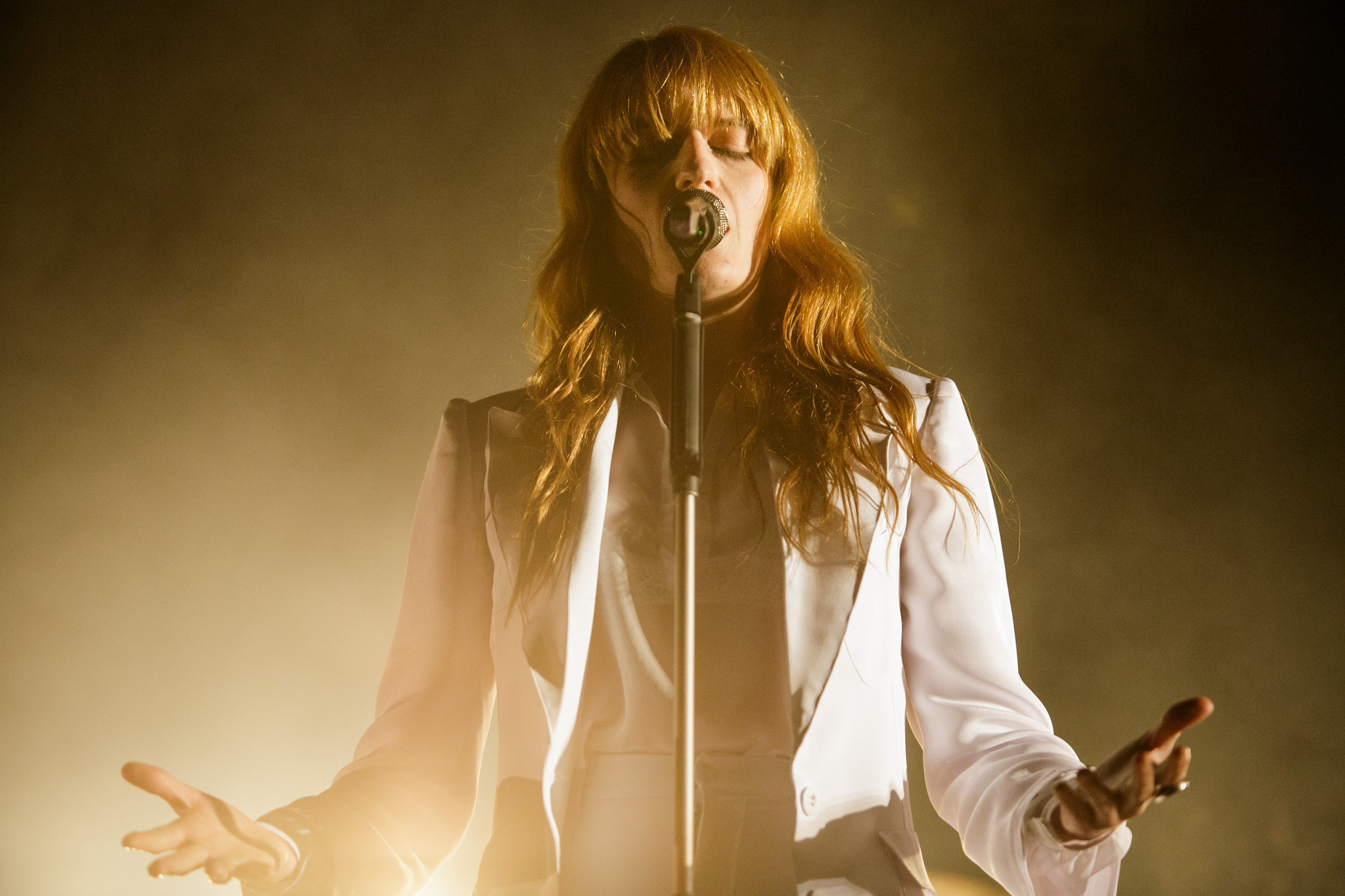 We all know that Florence and the Machine can put on a heck of a show, because how else does your singer break a foot and almost gets super glued to a stool so that she doesn’t move? But what happens when a storm decides to make an unwelcome appearance at their outdoor show? Nothing, but a lot of energy and a little bit (or a lot) of rain.

That’s apparently what happened this past weekend when the band were in the middle of their set at this year’s Lollapalooza. For those who were not tuned into the live stream (or were there, of course) of the English band’s set, there are a couple of videos shot by audience members at the rained out show.

Florence and the Machine’s appearance at Lollapalooza is just the beginning of the group’s trek across North America. Beginning on Oct. 11, the band will headline a short tour across the continent including stops in Austin, TX, San Diego, CA, Los Angeles, and Vancouver, BC. Full tour dates can be seen here.

We all love going to music festivals and u get upset when the price of tickets are so much that we’re literally “working for the weekend.”

Turns out, things aren’t that great either for those who actually throw the concert, especially when the rainy season decides to hit during a show.

According to the Chicago Tribune, Riot Fest now owes an estimated $182,000 for repairs needed to be done to Humboldt Park  after Riot Fest Chicago and the torrential downpour that occurred on opening night. In a shock that the festival probably did not expect, the price of the repairs for 2014 are nearly triple what they paid for 2013; $54,300.

Check out an excerpt from the Tribune’s story.

As a result, some stretches where grass seed was put down remain fenced off but should be ready for the public in the spring, according to the park district.

But Riot Fest aren’t the only ones getting this treatment from those who run Humboldt Park. The Tribune are also claiming that $260,544 worth of damage was done to Grant Park during 2014′s Lollapalooza. In total, the amount of money owed for both parks ended up at a whopping $442,544.

Guess Lollapalooza and Riot Fest are going to hope that the weather gods are little more friendly for 2015.

It’s been known to rain and pour during Warped Tour in selected cities, but yesterday afternoon, the long running music festival met unexpected weather conditions when they arrived in West Palm Beach, Florida which resulted in not only a temporary cancellation for several hours, but also the venue lost electricity.

The worst part of the day was that the man behind the recently popular Acoustic Basement as well as Therefore I Am, Brian Marquis, was injured during the torrential storm that struck the festival. It was unclear whether he had been electrocuted or if he was struck by lightning at that time.

Earlier today, Marquis released a short message where he reveals that he is fine after what occurred at yesterday’s Warped Tour stop as well as picture of him in what looks to be a hospital.

“I am alive and relatively okay. I fought a little lightning and won. Thank you for all the love and concern. I am so grateful for you all.”

After the catastrophe had happened, former The Voice contestant and current Warped Tour performer, Juliet Simms, released a tweet that started everyone’s concern about what had transpired at that moment.

Edit: We were at yesterday’s Warped Tour and had to endure almost two hours (three if you include the drive to West Palm) in the car while the storm passed. The venue was flood to the point that some audience members said that they went swimming int he water.

Warped Tour officials let fans know that if they chose to leave the show early, their tickets would be honored at today’s show in Orlando as well as signing tickets as well.