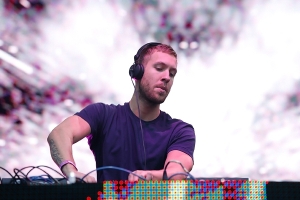 Who are the highest paid DJs of 2013 you migth ask? Well, Forbes has done the leg work and have come up with a list of who are raking in the dough on their turntables or Mac computers.

The man behind one of Summer’s biggest hits, “I Need Your Love,” Calvin Harris has landed on the tip spot of the list. Part of his fortune was made courtesy of his two-year deal with Las Vegas’ club, Hakkasan while the other was thanks to songwriting and producing credits. In total, Harris has made a total of $46 million so far this year.

“The rise of dance music has been astronomical in the last three years,” he said while speaking with the publication about his success. “I happened to be in the right place at the right time.”

To this day, the 29-year-old DJ has released three albums of his own and has worked with the likes of  Rihanna, Ne-Yo and Florence Welch and several more. Harris dethroned last year’s number one, Tiesto, who’s intake actually rose from last year to this year; last year he made $22 million and this year he made $32 million.

Also making it on the list are the typical DJs that have been on the radio and in the public for sometime such as David Guetta, Swedish House Mafia and Deadmau5. All of them reportedly made over $20 million thanks to gigs all over the world.

The biggest shocker on the list goes to Pauly D which everyone knows as that guy from that annoying show on MTV. Forbes calculates that the former MTV reality star made about $13 million this year by touring with the Backstreet Boys and Jesse McCartney across the country this summer.

While the list includes 12 names, there are actually 13 on the list. Pauly D tied Diplo for last place.