How does a band that was on a world tour just a month ago follow-up the lengthy trek? By going back on tour, of course.

Sleeping with Sirens announced last night on Facebook that they will be following up their ultra successful co-headlining tour (with Pierce the Veil) by going on another, shorter North American tour. The adventure had been named the “We Like it Quiet Acoustic Tour,” a take on one of their new songs off of Madness, “We Like it Loud.”

The tour will not only feature the Florida band, but also The Summer Set and Nick Santino, formerly of Rocket to the Moon.

Tickets for the show will go on sale beginning today, at 2 p.m. EST on Sleeping with Sirens’ website.

The tour will kick off on June 4 at San Diego’s SOMA and wrap up a couple of weeks later on June 22 in Sleeping with Sirens’ hometown of Orlando at The Social.

Full tour dates can be seen below as well as the tour’s official poster. 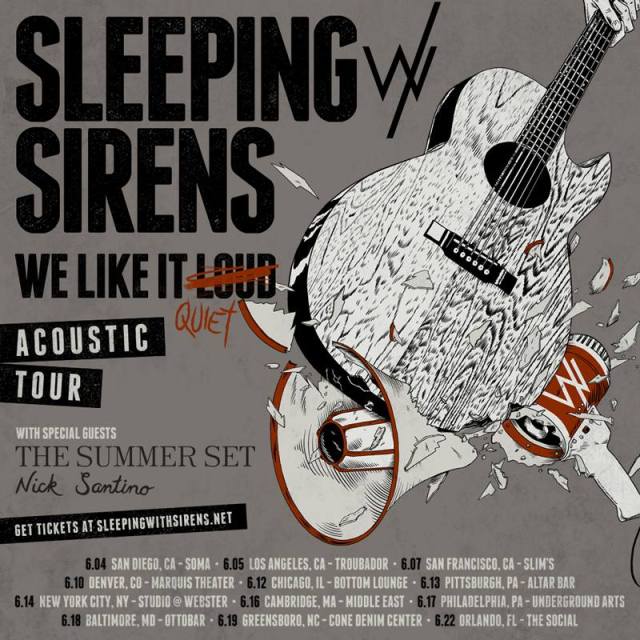