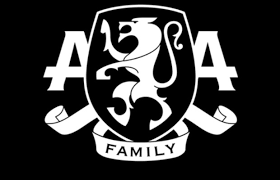 Months after the departure of their original vocalist, Asking Alexandria have picked up the pieces and given fans not only their first new song without Danny Worsnop on the microphone, but also finally revealed the identity of their new singer.

About a minute into the video for “I Won’t Give In,” it was revealed that Denis Shaforostov, formerly of Make Me Famous, was chosen to take over vocals.

Much like Shaforostov, the rest of the band members wrote letters to their fans about the new chapter in their lives and how much they look forward to it. Those letter became the background for the new song.

Check the music video for “I Won’t Give In” below.

For a band that have such a dedicated fan base, it comes as a surprise that they were able to keep Shaforostov’s identity a secret. This is also from the same band who revealed they would be on the Vans Warped Tour this Summer without waiting for Kevin Lyman and company to unveil it.

At the moment there doesn’t seem to be a new album coming out anytime soon, but that might change in the near future.

As for former vocalist Worsnop, his new band, We Are Harlot released their debut, self-titled album at the end of March.

Black Flag pulled a really crappy move when they fired former vocalist, Ron Reyes, mid-set when they were in Australia on tour. But with a new year, they are trying to make 2014 a lot better than 2013 was for them starting with a brand new vocalist.

Thanks to an interview with Rolling Stone, founding member and guitarist, Greg Ginn and the band’s manager for 2013 and fill-in vocalist for the rest of the tour, Mike Vallely spoke out about how Reyes did not fit the band at the moment and how he eventually became disgruntled during the touring.

“I did not threaten him or physically remove him from the stage,” Vallely said about Reyes claims that he went on stage and ordered him to get off. “I just told him very plainly, very simply, that it was over. And he looked at me and he almost seemed relieved. Then he walked off the stage.”

Reyes had a different take on the dismissal saying that it was a relief when he was let go and how the reunion was just a mess from the get-go. He also revealed that he wouldn’t be surprise if Vallely would become the band’s new vocalist because he felt that there was some planning on Vallely and Ginn’s part to make that the final outcome.

Whether or not that was the plan, Vallely did officially become the band’s new vocalist.

“Greg just felt like, ‘I don’t want the Black Flag name to fizzle out with this or be tainted with this record that’s proven to be subpar compared to what the expectations for it were,'” Vallely explains. “He told me he made a mistake by working with Ron and trying to pander to a sort of old-school thing. He just thought that I was the guy for the job. . . I’m not gonna say no to that.”

That doesn’t at all sound suspicious to us.

But keeping up with the “new year, new band” philosophy, both Ginn and Vallely revealed that the band are in fact in the midst of recording some new material and that an extensive Black Flag tour will be happening as soon as May. Let’s hope that nothing as dramatic as a mid-concert firing comes out of 2014 for them.

After some speculation about Suicide silence finally choosing a new vocalist for the group surfaced earlier this week, it looks like what most, if not all, music media outlets had been reporting was in fact true; the band have finally decided.

Who would now be fronting the group was also something that has been confirmed and it looks like most rumors, it was true; Eddie Hermida of All Shall Perish will be taking over the spot that the late Mitch Lucker left open after he passed away last year.

The band have released the following statement about their decision:

“Suicide Silence is pleased to announce the addition of Eddie Hermida to the family. Many of you may be familiar with Eddie through his work with All Shall Perish. For those of you unfamiliar, our relationship with Eddie goes way back to the Spreading Disease Tour, our first U.S. headlining run, in 2006. Mitch & Eddie remained long-time friends and we felt that if the band were to continue it should be with someone Mitch knew personally and respected as both a friend and an artist. We’ve chosen Eddie as our new frontman in association with this long-standing relationship & countless other attributes from his quality of character to his dynamic vocal abilities that make him the absolute best fit for this band.

We hope you all will embrace this decision with open arms understanding that this is what Mitch would have wanted. He would want his brothers to stick together & carry forward what he helped create. Every time we step on stage it will be in his honor & for his legacy. Suicide Silence will continue.”

Almost a year after the death of their frontman, Suicide Silence have released a cryptic video letting fans know that the band will be continuing forward. Earlier today, news started to surface in many music media sites saying that the band have chosen a new vocalist to take over the place of their late frontman Mitch Lucker.

While the new is just that, rumors, at the moment, many sites are also reporting that the vocalist taking over the role will be Eddie Hermida of All Shall Perish. The news all started when the band released said one minute video with mysterious vocals and a black background with the band’s name and “New Vocalist- YOLO Segment-2013.”

The video with the snippet can be seen below.

Last November, Lucker tragically passed away after a motorcycle accident. Lucker was riding his motorcycle when he lost control of the bike and hit a light pole. He was ejected from the bike while it kept going, hitting another vehicle. He was hospitalized, but sadly succumbed to his injuries.