Months after the music video for “Music to Watch Boys To” was reportedly filmed, Lana Del Rey has finally released the music video. The almost five minute-long video features Del Rey primarily lounging on a chaise in a backyard between two gramophones. The old-school, black-and-white plays out for most of the video with the exception being when we see Del Rey underwater with her friends (and during that quick shot of the flamingo running).

“Music to Watch Boys To” joins “High By the Beach,” “Honeymoon,” “Terrence Loves You,” and “Salvatore” on Del Rey’s recently released album, Honeymoon. Honeymoon was released a couple of weeks ago through Polydor/Interscope Records.

A day after releasing a three and a half-minute sampler of four songs to be featured on her upcoming new album, Lana Del Rey has now gifted her fans with the complete audio of one of the tracks. The newly released song is “Music to Watch Boys To” which was believed to be the lead single off of Del Rey’s highly anticipated new record back in March when images surfaced of the songstress filming the music video for it. As we all know, the track did not become the lead single with the honor being given to “High By the Beach.”

“Music to Watch Boys To” made its worldwide debut earlier today  (Sept. 9) on Zane Lowe’s Beats 1 radio show. According to Del Rey, the track is one of her favorites off of the impending record, alongside “Terrence Loves You.” Like many fans speculated, Del Rey admits that the song was on track to become the lead single, but in the end did not get chosen.

Listen to “Music to Watch Boys To” here and check out the song’s album art below. 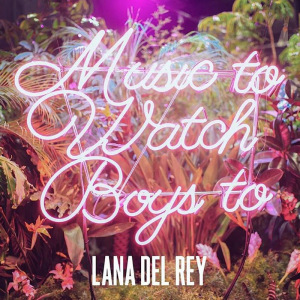 Del Rey’s new album, Honeymoon is set to be released next Friday, Sept. 18 through Polydor/Interscope Records. According to a post on Twitter, those who pre-order the album now on iTunes will get the album a week before its scheduled release date.

Pre-order Honeymoon on @iTunes and you’ll get it automatically midnight Fri morning wherever you are in the world. http://t.co/ocjb3OQxvN

Kind of cool if it ends up being true.