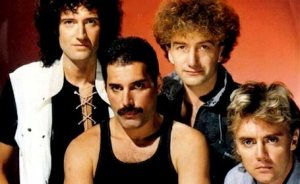 The posthumous record titled Queen Forever which was announced back in May, will officially be released on Nov. 10. With the reveal of the release date, also comes the track list which include many Queen fan favorites and some re-tweaking of old songs, and that Mercury/Jackson collaboration.

The story went that Mercury had been working on a song titled, “There Must Be More to Life Than This” with Jackson, but it was never completed.

Instead, Mercury decided to record his own version which ended up on his solo debut record, 1985’s Mr. Bad Guy. Now, fans will get to hear what the actual song sounded like with both singers were involved.

“When I first played it in my studio, I opened a trove of delights provided by the greatest of musicians,” producer William Orbit wrote in a statement.

“Hearing Michael Jackson’s vocals was stirring. So vivid, so cool and poignant, it was like he was in the studio singing live. With Freddie’s vocal solo on the mixing desk, my appreciation for his gift was taken to an even higher level.”

Listen to the song here.

Also included on the compilation will be a remade version of “Love Kills,” a song that was featured in Giorgio Moroder remake of Fritz Lang’s 1927 iconic film, Metropolis.

“They took out all the disco production and turned it into more of a traditional Queen arrangement,” Adam Lambert said about the track. The former American Idol contestant had been performing the song live with the remaining members of Queen this past Summer while they were out on tour.

“It’s an amazing song, very dramatic and powerful with a beautiful melody” he added.

The full track list for the upcoming compilation can be seen below. Keep in mind, the track list will depend on whether you’re purchasing the single CD or the two CD set. 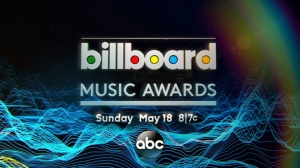 If you missed a performance from tonight’s Billboard Music Award, you can see them all below including the opening performance by Pitbull, Jennifer Lopez and Brazilian singer, Claudia Lettie on their official FIFA song, “We Are One (Ole Ola),” Florida Georgia Line’s “This is How We Roll,” and the most anticipated, Michael Jackson’s tribute featuring a hologram-version of the King of Pop and dancer all dancing around him.

Pitbull, Jennifer Lopez and Claudia Lettie, “We Are One (Ole Ola)”:

Florida Georgia Line feat. Luke Bryan, “This is How We Roll”:

Michael Jackson, “Slave to the Rhythm”:

Miley Cyrus and The Flaming Lips, “Lucy in the Sky with Diamonds” (Beatles Cover):

Michael Jackson might have left us years ago, but 2014 is beginning to look like the year he comes back to us, even if it’s just through songs.

Billboard recently announced that a Michael Jackson experience will be happening during the publication’s yearly music award show. The show which will air live on May 18 from the MGM Grand Gardens in Las Vegas revealed the news, saying that the late King of Pop’s estate had worked on the project.

The estate’s claim is that this world premiere experience will let fans and casual listeners alike see the pop star “like you’ve never seen him before.” Other than that, no more information about what exactly that means has been revealed.

This news comes on the heels of the first single from Xscape, “Love Never Felt So Good” being released last week while another new track, “Chicago” was unveiled earlier this week. 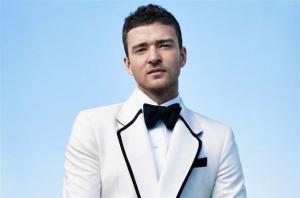 Did you know that one of *NSYNC’s biggest songs was supposed to be for Michael Jackson?

Well, a lot of revelation like this have been coming out into the open over the past week all thanks to Justin Timberlake. Right before the inaugural iHeartRadio Music Awards, Timberlake went onto Instagram to post the album art for Jackson’s first post-mortem single, “Love Never Felt So Good” which he participated in. The song would go onto to premiere on the award show with Usher dancing to it in honor of the departed King of Pop.

During an interview with Ryan Seacrest on his radio show yesterday, Timberlake also revealed that *NSYNC’s hit track, “Gone” was originally penned for Jackson by him. The song got turned down, but by some chance the boy band ended up recording the song which made it to number 11 on the Billboard Hot 100.

“Interestingly enough, there were songs on the last *NSYNC album…one song in particular, ‘Gone,’ originally I wrote that song for Michael. I’ve always been a big fan of him and I think back to…it made me reminisce to the times he performed at the VMAs with *NSYNC, where we performed at Madison Square Gardens with him, and the numerous meetings I had had with him in the past just about music,” Timberlake told the host.

This isn’t the first time Timberlake has ended up with a song that was originally given to Jackson. Recently, it was revealed that Timberlake’s hit song “Rock Your Body” which was penned by The Neptunes, was offered to Jackson first for his 2001 album, Invincible. The pop star passed on the song and Timberlake took it for his debut solo album, Justified.

When the iHeartRadio Music Awards announced that they would be premiering a new, never-before-heard song from the late Michael Jackson, it was not mentioned that Justin Timberlake had actually worked on the song as well.

The announcement was simple: Usher would be paying tribute to the late musician during the show. The performance featured several dancers dressed up in black and neon colored costumes, grafitting a virtual brick wall before dancing to the tune.

Dressed in black and gold, Usher appeared. It was assumed that Usher would sing the song, to honor one of his biggest idols, but when a close up shot appeared on the live broadcast, The Voice judge did not have a microphone on nor were his lips moving.

Before the show was even began its Red Carpet broadcast, Timberlake had taken to his Instagram to post a picture of the cover for Jackson’s post-mortem album, Xscape with a gold background. Just a week and a half ahead of the album’s released, the full version of te song “Love Never Felt So Good” has been released.

The track takes it back to the 70s, when dance pop songs were all the rage and people actually danced with each other rather than today’s grinding and twerking.

Check out the full track below and give your own opinion about it, especially if you’re feeling it.

Epic Records and the Michael Jackson estate revealed earlier that they will be releasing a new album on behalf of the late star. The postmortem release will be titled, Xscape and is set to be released on May 13.

In a press release that came along with the announcement, the record label says that the eight-track collection will feature tracks that have been “contemporized.”

The head maestro behind the album is super-producer, Timbaland which confirms the hints that he had given last year about working on this project. The collection also features production from Rodney Jerkins, Stargate, Jerome “Jroc” Harmon, and John McClain.

Epic Records head honcho, L.A. Reid reportedly selected the tracks that would be featured on the album and then gave it to the producers working on it. According to the release, the producers then “retooled the production to add a fresh, contemporary sound that retains Jackson’s essence and integrity.”

Epic Records also revealed that they have plans on releasing a deluxe edition of the album which would also include the original version of the tracks.

“Michael left behind some musical performances that we take great pride in presenting through the vision of music producers that he either worked directly with or expressed strong desire to work with,” Reid said in a statement. “We are extremely proud and honored to present this music to the world.”

The name of the album follows Jackson’s tradition of naming his album after a certain track on the record pretty much confirming one of the tracks on it will be “Xscape.” Pre-orders for it will begin on April 1st (tomorrow) on iTunes. Jackson;s last album was 2001’s Invincible.

What happens when you combine to of music’s biggest stars in the ’80s and a llama?

Apparently that’s what happened when Queen frontman, Freddie Mercury and Michael Jackson entered the studio to record some tracks together during that time.

The Times has reported that three tracks that were recorded by the twosome would be making their debut sometime this year, according to Queen guitarist, Brian May. May was quoted as saying that these rare, and never before heard tracks will be released in two months’ time.

In 1983, the two mega stars worked together in California, but did not release anything because they could not secure the adequate time to record more tracks. But that wasn’t all that led to the non-release of the songs before; there was some apparent tension between Mercury and Jackson.

In comes the llama bit.

During a recording session, Jackson brought a llama with him into the recording studio which resulted in Mercury calling Jim ‘Miami’ Beach, a lawyer who later became Queen’s manager and telling him, “Miami, dear, can you get over here? You’ve got to get me out of here, I’m recording with a llama.”

This news about the unreleased tracks come on the heels of Sacha Baron Cohen pulling out of the Freddie Mercury bio-pic he had been connected to for about three years. Due to some ratings and content issues with the remaining members of Queen, who get the final approval on the script contents, Baron decided to bow out of the role as the flamboyant frontman.