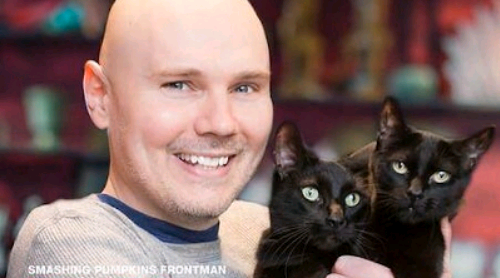 Billy Corgan definitely has enough material to write a memoir, and it looks like the singer’s life story might be thicker than a full encyclopedia.

The Smashing Pumpkins’ frontman has been working on a memoir titled, God is Everywhere From Here to There for several years now, and a recent update on the project has revealed that he’s already written 200,000 words, but the kicker is the part that he’s not even halfway done.

“A few days prior I crossed the 200,000 word threshold, convinced that the midway point of said opus had been reached,” Corgan revealed in a blog post on the Smashing Pumpkins’ website.
“But this was not so, as only 5 of 12 intended sections had been covered.”

“General indications are that the book will eventually clock in at half a million words,” the frontman added. “Too many I say; but sadly, never enough.”

To put in a perspective that most of us would understand, the average count for a Harry Potter book was well around 150,000 while the Lord of the Rings clock in at around 500,000 words.

Funny enough, Corgan made the prediction of reaching around half a million words, but considering the fact that there are two new Smashing Pumpkins albums in the work, a reissue of Machina, Corgan’s current mission to develop a wrestling series for AMC, and that pesky search for a new drummer, it all indicates that the word count might even surpass his current prediction. 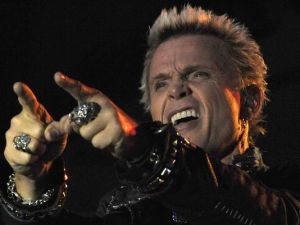 Billy Idol is coming back to all you peroxide-haired loving fans!

After nine years of taking a break from the music world, Idol is getting ready to make a comeback, or maybe we shouldn’t call it that since he has been known to take extended periods of leave from the music universe.

Coincidentally, or maybe not, the album is slated to come out around the same time that Idol’s memoirs, Dancing With Myself, is set to be released [October 17].

Guess it’s time to bleach our hair and get the leather outfits out of the attic.