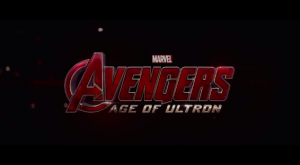 If you are one of those viewers who are still tuning in to watch Marvel’s Agents of S.H.I.E.L.D. on ABC every Tuesday, then you knew that this upcoming Tuesday, Oct. 28, the mega-companies were going to premiere the trailer during the show.

But with such a highly anticipate film and all the picture that were constantly popping up during filming, did they really think they were going to be able to keep this trailer secret for that long? Come on, even Tony Stark messes up once in a while.

Check out the official trailer below which introduces us to Ultron, voiced by James Spader as well as newcomers, Scarlet Witch (Elizabeth Olsen) and Quicksilver (Aaron Taylor-Johnson) who we briefly met at the end of Captain America: The Winter Soldier.

Marvel’s The Avengers: Age of Ultron will be released on May 1, 2015, so start making plans to line-up for the film because if this week ahead of time leak is any indication, it’s going to be a hit. 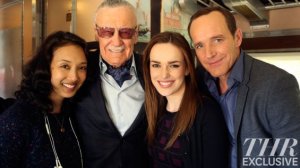 Agents of S.H.I.E.L.D. managed to stick with the whole Marvel’s ideal when they had a surprise, guest star make their appearance right before the credits during one of the episodes. If you didn’t tune into see, it was Nick Fury putting Agent Coulson through the ringer for not listening and doing what he wanted.

While it was great to see our favorite one-eyed head honcho on the small screen, there’s one guy that fans of the superhero franchise probably hope to see in the near future and that has just been confirmed to happen.

After weeks of speculation, Stan Lee has confirmed that he will be making a special appearance on the hit ABC show. At the time, Lee, who is also an executive producer on the freshman show, has not reveal what character he will be portraying in the show but he does hint that it’s a “big role.”

Lee has become the “Where’s Waldo” of Marvel films always having roles in the films that range from a decent sized dialogue to blink-and-you-miss-it roles. The episode will most likely air on February 4th, so that would be something to keep your eyes out for.

But don’t look for Lee to be slowing down anytime soon. The comic book icon will be taking on his first starring role in an animated film titled, Stan Lee’s Mighty 7 which is set to premiere on the Hub Network at 8 p.m. February 1st. The film follows Lee who mentors a group of superheros while writing about his adventure into comic books; just the same old, same old.

As for Agents of S.H.I.E.L.D., the freshman series returns to its 8PM time slot on ABC tonight after a month-long Winter hiatus.