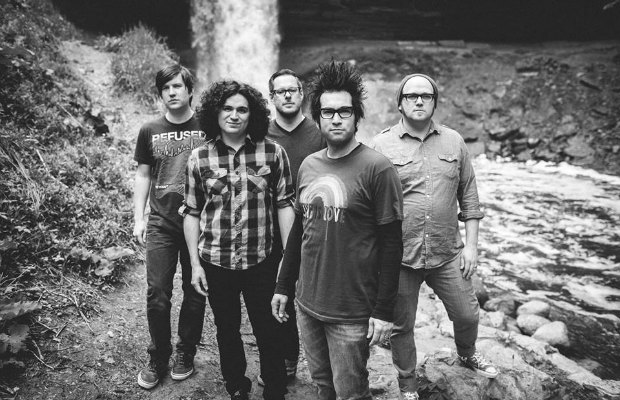 Days after a screenshot of a magazine ad began making its rounds on the internet confirming the name of Motion City’s sixth studio album as well as its release date and the record label, the band has finally confirmed the news.

This morning (Aug. 3), the band took to Twitter to announce that they had plans to reveal everything about the new album as soon as the clock stuck 9 a.m. Turns out, most of the news that they were unveiling was stuff that we already knew, but they did throw fans a curveball by releasing the second single off from Panic Stations; a track titled “Lose Control.”

“Lose Control” is currently being streamed over at The Current or you can listen to it below.

While being interviewed by The Current for the article the song is featured on, frontman Justin Pierre was asked about the direction of the new album. In a twist, the band had decided that they would try to capture the essence of their live show on the record.

“Even fans have said we sound better live than we do on record,” said Pierre. “So we decided to try it and capture that kind of feeling.”

In order to get the sound that they wanted, they enlisted producer John Agnello (Dinosaur Jr., Walt Mink, Sonic Youth) to help with the album. Agnello suggested that the band record the tracks for the album live, something that the band had never done before and it sounds like it will be working in their favor.

Panic Stations is set to be released on Sept. 18 through Epitaph Records.

Pre-orders for the album are currently available on the band’s website where they are selling colored vinyl, CDs, and other limited items. For those who decide to pre-order the record via iTunes, they will get an instant download of both “Lose Control” and lead single, “TKO.”

As of now, there has been no confirmation about that joint tour with The Wonder Years, though we see it happening since everything else that was on the ad had been proven as true.