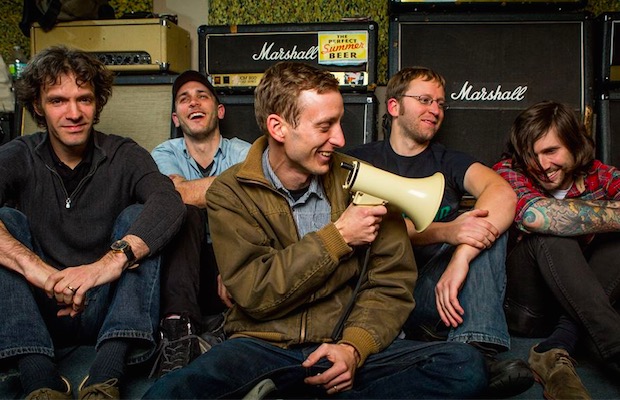 Last week, From Autumn to Ashes announced they had to abruptly drop off of their own reunion tour due to a “personal emergency.” The band, at the time, did not further elaborate what the personal emergency was, but did ask for those who had tickets to still attend the shows and support their tour fellow mates (Hawthorne Heights, Sleepwave, and Extinction AD).

Apparently, the personal emergency was something a little more serious than anyone at the time could have imagined.

According to Lambgoat, singer Francis Mark was allegedly sentenced in Michigan for maintaining a drug house. While Mark was not arrested or sent to prison, he was placed on probation which has resulted in his freedom to travel being restricted; a bad thing if you are in a band that’s trying to tour.

At the current time, there has been no further elaboration on the story nor a confirmation from the band or their people, but over at Metal Injection, the writer of the article did do a search on what exactly “maintaining a drug house” means.

Funny enough, the result that populated was from a lawyer in Michigan. According to the lawyer it means:

“In the state of Michigan, maintaining a drug house is illegal. An individual, who is suspected of drug activity such as maintaining a location where illegal drugs or controlled substances are kept, sold, or used by others such as a home, building, store, or other structure, or even a vehicle, may be arrested for maintaining a drug house. Even if an individual is not actually charged with this offense, he or she may still face a civil fine of up to $25,000 if penalized by the state.”

So pretty much, there is an endless list of possibilities as to how Mark was involved, if he was involved at all.