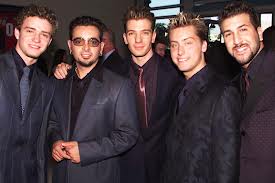 Well, just when the internet was turned on its head over rumors that *NSYNC would be reuniting for a one-off performance at the MTV Video Music Awards this Sunday, Lance Bass comes out of nowhere and sparks some confusion on nostalgic fans.

Bass, who, surprised has his own radio show on SiriusFM, took to the airwaves to address the major news/rumor of the day. What somehow got lost in translation is that not once did Bass admit or deny that the reunion was going to happen. This of course sparked fans to wonder if this was just a stunt to get people to tune into the network’s show. The way Bass was addressing the rumor, it looked like the rumors were heading more towards a thumbs down.

Read an except of Bass’ address:

I have to address the rumors. This morning, I woke up to a lot of rumors flying [around] that the *NSYNC reunion is happening after eleven years at the VMAs this Sunday. Well, let me tell you how this all came about. Justin Timberlake is getting the Michael Jackson [Video] Vanguard Award this Sunday at the awards, so of course people are automatically going to think we’re going to be there performing, but this is exactly how it happened and I knew these rumors were going to fly. We all came down here [to Miami] except for J.C. [Chasez]—J.C. stayed in California, he had to work…Joey [Fatone], Chris [Kirkpatrick] and myself went to go see Justin’s last show with Jay Z at the [Sun Life] Stadium last Friday, and I even took a picture of it, it’s on my Instagram. [it was] really fun and…I think that’s what started the rumor that there’s going to be this big reunion with NSYNC…it’s amazing to see the reaction out there on Twitter and social media…[and] how many people are supporting NSYNC. It’s so nice to see because when we ended things [over] ten years ago, there was no social media, there was no Twitter [fan base], but it’s so cute to see how many people are supporting [us] and NSYNC was even trending.

Now that our hopes may be a little squashed, do you think that this is just an expansion of MTV trying to get publicity for the award show or what?