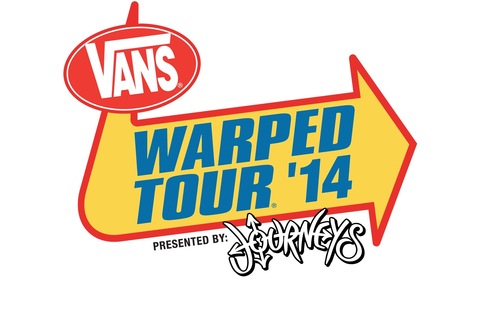 With the announcement that they will be giving fans the change to join the Vans Warped Tour fan club, which will give those who join the chance to get tickets and merchandise at discounted prices, the festival also revealed plans to unveil the first five artists of next years event.

Last year, the festival decided to unveil the names of the artists performing at the 2014 shows through their reality TV show on Fuse, Warped Roadies (every week five bands were announced during the show).

Last night, the festival announced the Neck Deep, Front Porch Step, Handguns, Palisades, and Kosha Dillz are just five of the musicians hitting the road in the Summer of 2015 for the annual traveling rock show.

As always, tour dates were announced months ago with pre-sale of the tickets beginning yesterday. For more information about the 2015 Vans Warped Tour, check out their website.

As for the line-up, we will be keeping the line-up up-to-date as they continue to release more names.