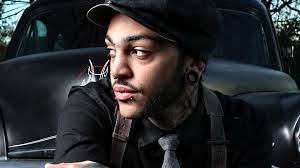 Like we said earlier, the official music video for the track which featured both Travie and Brendon has been released today. Watch it here:

Travie McCoy is currently streaming a new track today titled, “Keep On, Keeping On” and it looks like he asked for a little help from label mate, Panic! at the Disco’s Brendon Urie.

Last year, the former Gym Class Heroes frontman worked with Jason Mraz on “Rough Water,” a track that was to be featured on his second solo album also titled Rough Water. The album is supposed to be coming out sometime in 2014, but as of yet, there’s no word about it.

As for “Keep On Keeping On,” the track is currently available on iTunes while the official music video is set to be released sometime today. As for whether or not the song will be featured in McCoy’s yet to be released album, there has been no word about that, but the chances are very likely.

Listen to the song below and tell us what you think about the collaboration.