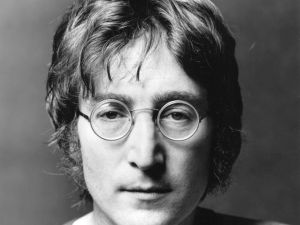 Today, John Lennon would have turned 74 years old, and in honor of the musician’s birthday, the list of performers to take the stage for the 34th Annual John Lennon charity tribute show were announced.

Headlining the event which will take place in early December, will be Blondie frontwoman, and over all badass, Debbie Harry.

The announcement was made by the Theatre Within in which they revealed Harry would be joined by Kate Pierson of the B-52s, Joan Osbourne, Marshall Crenshaw, and Ben E. King.

“I share Theatre Within’s belief that music and the performing arts have a special power to bring people together and inspire us to make a positive difference. It’s beautiful that the Tribute continues to have such a powerful impact in John’s memory,” Yoko Ono said in a released statement.

Rock photographer Bob Gruen will be honored with the first ever John Lennon Real Love Award. Gruen had a connection to the late Beatle; photographing him during the years he lived in New York.

The event will take place on Dec. 5 at Symphony Space in New York City. Proceeds from the event will donated to Lennon and Ono’s Spirit Foundation. Tickets are currently priced at $65, $85, and $105.