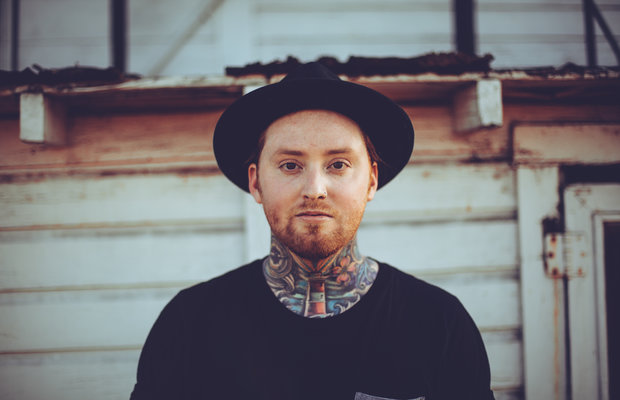 It’s been two years since Jesse Lawson announced that he, and Sleeping with Sirens, were parting ways. At the time of his departure, he revealed that he wanted to spend more time with his family and focus on a new musical venture and that there was no bad blood between the former bandmates. Now, Lawson has revealed the real reason behind his departed, and no, it’s not at all dramatic.

Heading over to the BadChristian podcast, which is produced by Emery’s Toby Morrell and Matt Carter as well as former bassist Joey Svendsen, Lawson revealed that his heart just wasn’t in it anymore. A valid and honest reason.

“My heart just … wasn’t in it anymore,” he explained. “It’s so weird because you have all these other bands who are like, ‘You’re crazy. You play these huge shows. You would be insane to not stick that out.’ But the thing was, my heart just stopped vibing with it; the music at times, the lifestyle at times, the people at times.”

but if that last comment made it seem like there some “shade” being thrown at the members of Sleeping with Sirens, Lawson quickly nips that in the bud.

“And that’s not saying the Sirens guys were assholes or anything. I mean, I’d be lying if I said that we didn’t get in fights. Any band who says they don’t get in fights are lying—you do get in fights. You’re brothers, essentially, and you’re around those people all the time. So it wasn’t necessarily that, I just stopped… believing in it.”

Apparently, not believing anymore wasn’t the only thing that was wearing him down. Lawson even admits that the green-eyed monster even showed up, especially when it began to become the “Kellin Quinn Show.”

Listen to the complete podcast below.

But even without Sleeping with Sirens, Lawson has moved on. The musician released his first solo single, “August 5th” earlier this month. The song is taken off of his solo EP, Projections, which is currently out on iTunes.

While Sleeping with Sirens’ frontman Kellin Quinn was in the midst of a Twitter fight with Oli Sykes from Bring Me the Horizon, it looks like guitarist Jesse Lawson had decided to leave the band.

The reason behind his departure is that he would like to spend more time with his family as well as work on some solo stuff during that time. For those not familiar, Quinn does write the lyrics for the songs, but Lawson is the one behind the music.

Lawson took to the band’s Twitter to reveal the news to fans. The message on the official Sleeping with Sirens account simply read, “From @jessesws instagram.com/p/fjBLlLEz38/.”

The link for those who clicked would lead them to the band’s official Instagram page where a letter was written in black with a simple white feather in the background; the cover art for their recently released album.

The letter on the social media site explained Lawson’s sudden departure from the band.

The band and I have decided to part ways. There are no hard feelings and no hate behind it. It’s time for me to focus on family and my next musical venture. The time spent with them has been a hell of a ride and one i’ll never forget. I love and cherish them all as brothers and hope for the very best as they continue on. Than you for your support.

As of now, there has been no comments on the matter from the remaining members of the band. Some fans are starting to wonder if they might go the route of an indefinite hiatus, but nothing is concrete and currently just speculation. In the meantime, they have asked Nick Martin, formerly of D.R.U.G.S. to fill in the void that Lawson has left.