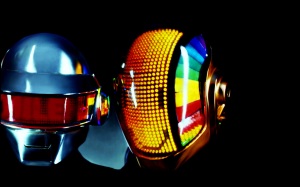 Yesterday, a clip from Daft Punk’s music video for “Instant Crush” made its way onto the internet after premiering on some show in France.  The clip featured a statue version of The Strokes’ frontman, Julian Casablancas, who happens to also lend his vocal as well as a guitar solo to the track.

The video tells the story of a love affair, from a far, between two statues in a history museum one which is, of course Casablancas. If you pay close attention to when the Casablancas statue gets moved to the basement, you can make out the Daft Punk helmets in the storage area.

The song comes off Daft Punk’s critically acclaimed and probably one of your favorite albums of 2013, Random Access Memories. “Instant Crush” is the third music video to come off the hit album right behind “Get Lucky” and “Lose Yourself to Dance.”