Imagine Dragons dropped a new song back in late October, and now the Las Vegas band have announced the release date and name for their upcoming new record.

Taking to Twitter, like they have in the past for breaking new, they announced their upcoming new album will be titled Smoke + Mirrors and gave fans the confirmation that the new album will be out in early 2015.

The band had headed home to record the new record which began with 50 demo tracks and eventually dwindled it down to the tracks that would eventually come together to form Smoke + Mirrors.

Like their tweet says, the record’s pre-orders will officially begin tonight at 9 p.m. PST (midnight for those of us who live on the East Coast).

For those who order the record during its pre-orders will instantly be given a download of another new song from the record; a song titled “Gold.”

“Gold” will most likely join previously released and current lead single, “I Bet My Life,” on the record. For those not familiar with “I Bet My Life,” it’s the one that they performed on the American Music Awards last month and is currently being used as background music on a couple of commercials including a car commercial.

TONIGHT at 9pm PST our new album Smoke + Mirrors will be available everywhere for pre-order, with a new song Gold for instant download.

Smoke + Mirrors will be released on Feb. 17, 2015. It will also be the follow-up to their debut and breakthrough record, 2012’s Night Visions. 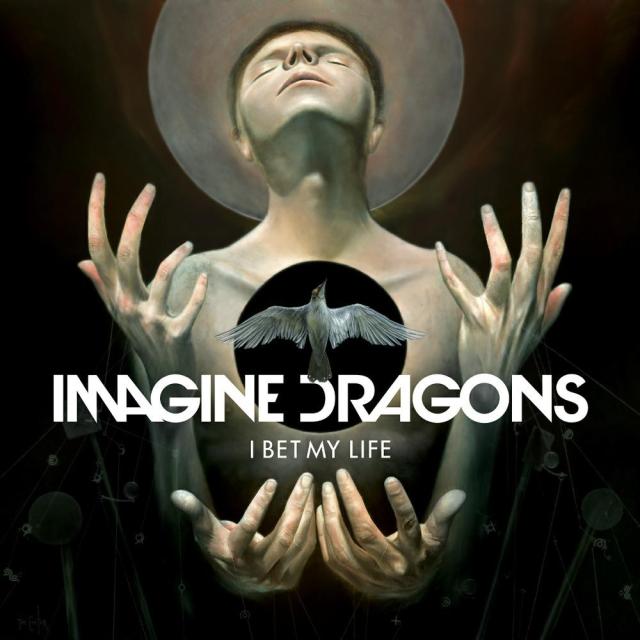 Over the weekend, Imagine Dragons revealed they would be releasing a new song this week.

The “Radioactive” band unleashed the new song at Midnight on iTunes for many excited fans. Aside from the new song, the band confirmed the track would be featured on their upcoming new album. Though no title was given for the new record, they did reveal it will be released sometime next year. We’re hoping for early next year.

“I Bet My Life” is currently up for sale on iTunes, but no more information about the yet-to-be-titled sophomore album which is surprising because iTunes usually ruins musical surprises by giving out too much information.

The sophomore record will be the follow-up to 2012’s Night Visions which launched the Las Vegas band to stardom with their hits (and often played too many times on the radio) songs “It’s Time,” “Radioactive,” and “Demons.”

Recently, the band wrote and recorded a song titled  “Warriors” exclusively for the League of Legends video game.