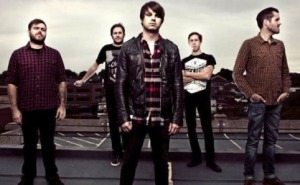 We haven’t heard much from Silverstein in a while, but last night, the band released a statement to fans that one of them was sick. Guitarist, Paul Marc had been admitted into the hospital at their Cornwall, Ontario stop of their current tour.

In the statement, singer Shane Todd revealed that Marc had started to feel some pain before their show in Sherbrooke and decided it would be wise to stop at a hospital to have him check out. It was a good thing that they did so because Marc had to have emergency abdominal surgery.

As of now, all upcoming tour dates ave been reschedule and hopefully will be able to hit the road again sometime next weekend. The full statement from Todd, on behalf of the other members, can be read below.

“Hi everyone, we have some bad news. Paul Marc is in a hospital in Cornwall, ON after having to have emergency abdominal surgery last night. He started feeling severe pain right before our show in Sherbrooke and it got so bad we had to stop at a hospital on the way back to Toronto. Right now our shows in Windsor, Kitchener and Hamilton are being rescheduled. Paul Marc got through the surgery okay, and hopefully he is recovered for the shows the next weekend in Etobicoke and Scarborough. Please feel free to send him well wishes through his twitter @paulmarc or Instagram @paulmarcsees . We’ll let you know when we have new dates for the makeup shows. Thanks for your understanding. 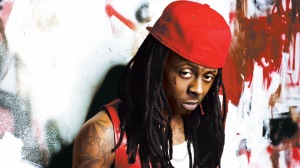 The fact that Lil’ Wayne has managed to leave the hospital an exact week after allegedly having a seizure that almost killed him, is a miracle in itself.

Last week, the Young Money rapper was reportedly rushed to Los Angeles’ Cedar-Sinai Hospital because of a seizure that almost killed him. According to gossip site, TMZ, the rapper has suffered a seizure due to an overdose of codeine and even had to get his stomach pumped three times.

After the initial news hit the headlines last Friday, there were many contradicting statements about what was happening at Camp Weezy. First his people claimed that he was okay, just watching basketball but then a tweet sent out on the rapper’s officially Twitter said that he was “okay” and “alive” and thanking the fans for all their prayers. The same evening, a hospital worker said that there was no way that such a tweet could have been sent by Lil’ Wayne since he was fast asleep at the time.

When talk of the seizure being cause by an overdose started to run rapid, many of his friends including mentor, Birdman said that there was no way that the seizure was caused by an overdose, it could be attributed to all the stress that the rapper had on his shoulder he said in an interview with Hot 97 DJ, Miss Info.

Lil’ Wayne is reportedly doing well at home, just laying low and getting better, but his new album, I Am Not a Human Being II is still set to drop on March 26.

Not even a month after being released from the hospital, Morrissey has once again been admitted into the hospital, but this time in San Francisco. Due to his ailing health, the singer has had to cancel yet another couple of tour dates from his current tour.

“Due to Morrissey’s medical condition, tonight’s engagement at the Regency Ballroom in San Francisco will need to be rescheduled and will now take place on May 1,” read an update on his Facebook page concerning his cancellations.

According to True to You, a Morrissey webzine that usually release statements about The Smith frontman, Morrissey “is presently being treated in San Francisco for ‘double pneumonia,’ but remains on court to headline the Vive Latino festival in Mexico City on March 14.”

This will be the second time that he has been admitted to the hospital in 2013. The first time was in Michigan this past January where it was confirmed that he had a bleeding ulcer which resulted in him having to reschedule stops in Chicago, Minneapolis and Atlanta.

After being released, he resumed his touring duties on Feb. 9 in Las Vegas and then pulled out of his Jimmy Kimmel Live appearance once he was informed that the co-guest stars would be the cast of A&E’s Duck Dynasty who make their living from selling equipment used to capture and kill ducks.

In case you didn’t know, Morrissey is a super serious about animal rights and just finished performing at the beginning of the month at the first ever Vegetarian Concert at the Staples Center in LA.