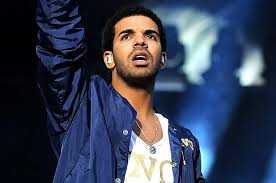 UPDATE: Not even an hour after we post up the Spotify streaming of his new album, and Drake has already released the music video for his lead single, “Hold On, We’re Going Home.”

Drake’s new album, Nothing Was the Same was leaked last week, but the new album has officially been released (like the Kraken) today.

For months, there has been teasers about the new album including the rumor that Drake’s father would be featured on a track, which was later debunked when the official tracklist hit the web last month. There was also that little issue of no official release date being given, but that didn’t stop fans or leakers from getting their grimy little paws on the much-anticipated album.

For those that chose not to ruin the fun by listening to it early, then you can go ahead and the given the critically high praised album a quick listen to below and let us know if the wait, and critics, were on point.

Don’t forget that Drake will be embarking on a North American tour that had been pushed back due to scheduling and rehearsals issues. The newly revamped tour schedule can been seen here.