Who’s ready to return to Westworld? Given how patiently fans have been waiting for the trailer for the second season of the hit HBO show, a lot are.  On Thursday (March 29), the first full-length trailer for the show’s sophomore season was released. The trailer, not to be confused with the teasers that were released at Comic-Con and during the Super Bowl, begins with Bernard talking to Dolores like he did throughout the first season of the show.

Throughout the clip, the viewer gets to see what is going on at the hub, how the hosts are getting ready to take down the creators, introduces the viewer to a brand new world all while a haunting, piano version of Nirvana’s “Heart-Shaped Box” plays in the background.. The clip ends with Dolores creepily saying “why on Earth would you ever be frightened of me.” Watch the almost three-minute trailer for season two of Westworld above.

Westworld returns to HBO on April 22.

While Apple and HBO was announcing their joint venture, the much anticipated HBO Now, fans of the network’s hit show Game of Thrones were more excited for the newest trailer for the show which made its debut during the announcement.

The new trailer begins with everyone’s favorite Khaleesi, Daenerys, in a voice over, speaking about how all of the families are just “spokes on a wheel” going round and round and how her goal (for the season we assume) is to break that wheel. we also get to see how big her dragons have gotten. Mother of Dragons must be so proud!

After that, scenes from the show’s upcoming fifth season flash on the screen including a “blink and you miss it” debut from one of the Sand Snakes.

Check out the trailer which clocks in at almost two minutes, below.

Game of Thrones returns on April 12 on HBO at its usual time (9 p.m. EST, if you somehow managed to forget).

As for the HBO-Apple venture, HBO Now will only be available on Apple TV for Apple devices and will cost those wanting the standalone service $14.99 a month.

HBO have been doing a good job of keeping any footage from the upcoming fifth season of Game of Thrones underwraps, but now the full trailer for the upcoming season has leaked for every excited fan to see.

Check out the full two-minute trailer for the new season. We’re sure the Three-Eyed Raven is not too thrilled about the trailer being leaked.

Game of Thrones returns to HBO on Sunday, April 12 at its usual time. The trailer comes on the heels of the announcement that season 4 is currently being shown in select IMAX theaters which is how the trailer has now made its way onto the internet. 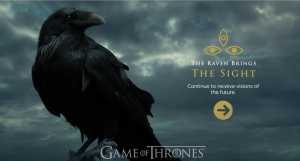 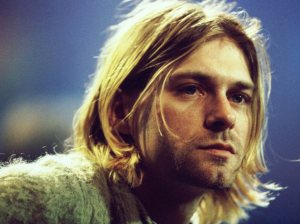 We’ve seen it many times before, media companies making unauthorized documentaries about our beloved musicians because the family does not want to give the consent for their loved one’s stories to be told.

But it appears that there might be a change in that at least for one musician.

It was recently announced that HBO has landed the first authorized Kurt Cobain film. Cobain’s family has given the cable network the right to tell Cobain’s story with the assistance of many never-before-seen and heard things the late Nirvana singer had in his archives.

The film will be titled Kurt Cobain: Montage of Heck and will be directed by Oscar-nominated director, Brett Morgen. This isn’t Morgen’s first time making a film about a musician; he previously had worked on the Rolling Stones’ documentary, Crossfire Hurricane, also for HBO.

Also confirmed to be lending a hand in the making of the film is Cobain’s own daughter Frances Bean. According to the Hollywood Reporter, Frances Bean will be executive producing the film.

Morgen admits in a statement that the film has been a work in progress for the past eight years, with the family giving him the right to see the side of Cobain that he never showed the media.

“Like most people, when I started, I figured there would be a limited amount of fresh material to unearth,” Morgen said.

“However, once I stepped into Kurt’s archives, I discovered over 200 hours of unreleased music and audio, a vast array of art projects-oil paintings, sculptures countless hours of never-before-seen home movies, and over 400 pages of writings that together help paint an intimate portrait of an artist who rarely revealed himself to the media.”

Considering Cobain’s distaste for the media, it’s a little surprising that the family would give the authorization for a documentary to be made about him. But then again, authorized documentary that is correct is better than a defamatory version.

Happy Foo Fighters Friday. Like the past few Fridays, the band have once again released another track from their upcoming album, Sonic Highways.

Unlike the past couple of weeks, two songs have made their debut this week. During an in-studio performance at BBC Radio 1, a new track titled “Outside”was performed live. The live performance was ripped from the radio and is now available for everyone to hear.

“Outside” was recorded at Rancho De la Luna in Joshua Tree, CA with the Eagles’ Joe Walsh playing guitar on the song. Next week’s episode of the HBO special will take place in Los Angeles which will probably give us the background information about the recording process of the track.

In addition to the reveal of “Outside,” the Foo fighters officially dropped another song titled “What Did I Do/ God As My Witness.” Following the trend that was started with the first episode of the Sonic Highways docu-series, “What Did I Do” was recorded in Austin, TX with Gary Clark Jr. Tonight’s episode of the eight-part series will follow the band as they arrive in Austin and record the song.

Listen to “What Did I Do/ God As My Witness” below.

Sonic Highways the album will officially, and finally, be release next Tuesday through Roswell/RCA. 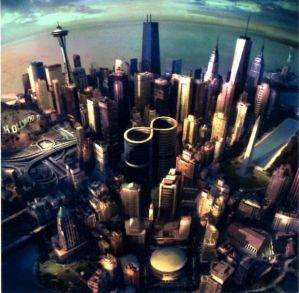 It’s Friday which means that he Foo fighters have released another new song from their new album, Sonic Highways.

Yesterday, a snippet of the new song titled “Congregation” was released onto the internet, but like the past two Fridays, the band have released the song on the same day their HBO special is slated to air its third episode.

This episode, the band got the chance to record the new track at Southern Ground studio with help from Zac Brown from the Zac Brown Band.

Check out said track below and if you don’t have anything planned for Halloween, then don’t forget to tune into Sonic Highways tonight at 11 p.m. on HBO. 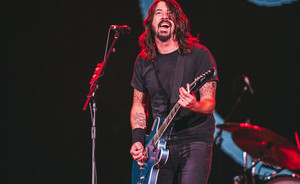 It’s finally Friday and the Foo fighters are celebrating by releasing another song from their upcoming new album, Sonic Highways.

The song “The Feast and the Famine” is the other tracks that was teased during the last trailer for the band’s HBO documentary also titled Sonic Highways; the other song that was featured in the trailer was “Something For Nothing” which was released last week.

The song will appear on tonight’s episode of the series which shows the band going to Washington, D.C. where the track was record.

Check out the “The Feast and the Famine” in full in the video below.

Sonic Highways, the album, will be released on Nov. 10 through Roswell Records, frontman Dave Grohl’s imprint from RCA.

The Foo Fighters are set to be the house band on The Late Show with David Letterman this week as part of their promotion tour for their upcoming new album and docu-series on HBO, Sonic Highways.

During the weekend, the band released a new trailer for the upcoming special which follows the band across the country as they record their new record in eight different studios in eight different cities while also exploring the musical cultures with the musicians who call those places home.

In the trailer, the band also give fans a teaser for two new songs from the upcoming record. The tracks are titled, “The Feast and the Famine” and “Something for Nothing,” with the latter to be released on Thursday, Oct. 16 in full.

Sonic Highways the docu-series is set to premiere on the same day “Something for Nothing” will be released; this Thursday.

Their take over on Letterman begins today with not only a performance, but frontman Dave is set to be interviewed by the host. Guest musicians are also set to join the band throughout the week.

Sonic Highways, the album, will be released on Nov. 10 through Roswell Records, Grohl’s RCA imprint. Watch the new trailer for the eight-part docu-series here.

Just when you think the Foo Fighters have done everything in the world, you know release tons of album, perform as a band named “The Holy Shits,” and play a fan-funded show among other things, comes the news that they have been tapped to become the house band for David Letterman.

It was revealed earlier in the day that the Dave Grohl-led band would be taking up residency on The Late Show with David Letterman for an entire week, beginning next Monday, Oct. 13 through next Friday, Oct. 17. On the first day of their stint, Grohl will be interviewed by Letterman.

The five days of playing house band is in support of the band’s HBO docu-series, Sonic Highways which is set to premiere on Oct. 17.

The eight-part docu-series follows the band as they write and record their new album in eight different cities including: Nashville, Austin, Los Angeles, Chicago, New Orleans, New York, Washington D.C., and Seattle. While in those eight cities, they also set out to explore how each of the regions influence the music and musicians that come from that region, some of them contributing to the band’s eight studio album.

During their residency, some of the musicians who helped with the recording process will be joining the Foo fighters on stage.