The Cure, Guns N’ Roses, and Cardi B are just some of the acts making their way to Austin in the fall for the 18th annual Austin City Limits. On Tuesday (April 30), festival organizers unveiled the massive and diverse lineup for the 2019 edition of the event.

This year marks the debut for many headliners including Guns N’ Roses (it’s also their first show in Austin in 25 years), Cardi B, Eilish, and Robyn. This also marks Childish Gambino’s makeup appearance at the weekend-long festival after having to cancel last year due to a foot injury he sustained during the Dallas stop of his “This is America” tour.

The 18th annual Austin City Limits will take over Zilker Park during the weekends of Oct. 4-6 and Oct. 11-13.

Tickets for the three-day event are currently available for purchase on their website. There are four different ticket options to pick from for weekend passes as well as single-day passes. ACL is offering fans several packages including general admission, general admission plus, VIP, and platinum. For more information about the lineup, tickets, or general inquiries, head on over to Austin City Limits’ website. 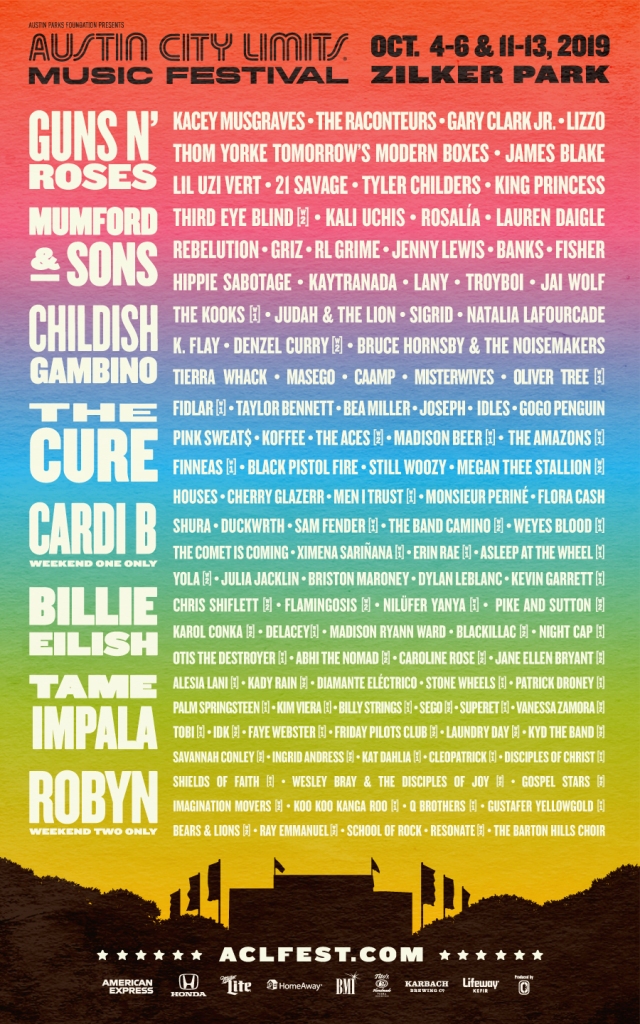 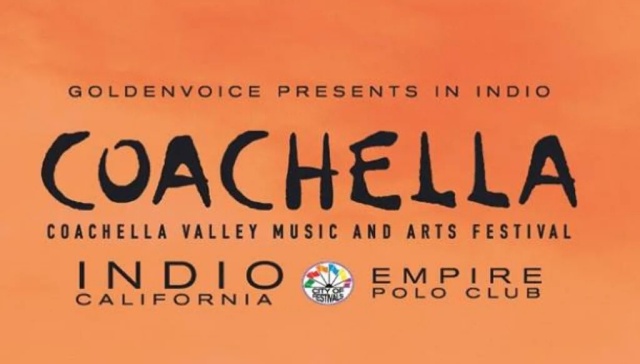 It’s official, the Coachella Valley Music and Arts Festival has unveiled its lineup for 2016. After what felt like weeks of rumors, festival organizers finally confirmed that Guns ‘N’ Roses will in fact be one of the headliners for the spring festival. Last week, the rumors of GNR’s role at the upcoming festival hit an all time high when sources confirmed to Billboard that not only were GNR planning a return with a massive stadium tour, but they would be headlining Coachella.

On Monday evening (Jan. 4), Coachella organizers posted the complete lineup for the two weekend-long festival. In addition to GNR’s reunion, LCD Soundsystem has also been confirmed as a headliner. Talk of LCD Soundsystem’s involvement, much like Guns ‘N’ Roses’, began as numerous rumors on the internet before it became official. Now, after a five-year hiatus, the James Murphy-led group will be returning to the stage. But, Guns ‘N’ Roses and LCD Soundsystem aren’t the only ones making a return at the show.

Coachella 2016 will mark the first time in two years that French electo-act M83 will perform live on a stage while pop star Sia’s  appearance at the music festival will mark the first time in five years that she has performed on a live stage in the United States. Other acts slated to perform at Coachella include: Disclosure, CHVRCHES, Hasley, Grimes, Silversun Pickups, The 1975, Rancid, The Front Bottoms, Of Monsters and Men, Purity Ring, Robert DeLong, Zella Day, Edward Sharpe and the Magnetic Zeroes, Matt and Kim, Cold War Kids, Nathaniel Rateliff and the Night Sweats, and many more. Check out the official poster below.

Coachella 2016 will once again return to the Empire Polo Grounds in Indio, CA. The festival will take place during the course two weekends in April; April 15-17 and April 22-24. Festival passes will go on sale beginning this Wednesday, Jan. 6, at 11 a.m., PST. According to Coachella’s official website, general admission passes for the first weekend are already sold out, following their early bird sale last summer. But there’s good news, weekend two general admission passes are available for $399 plus fees. for more information, head on over to Coachella’s website here. 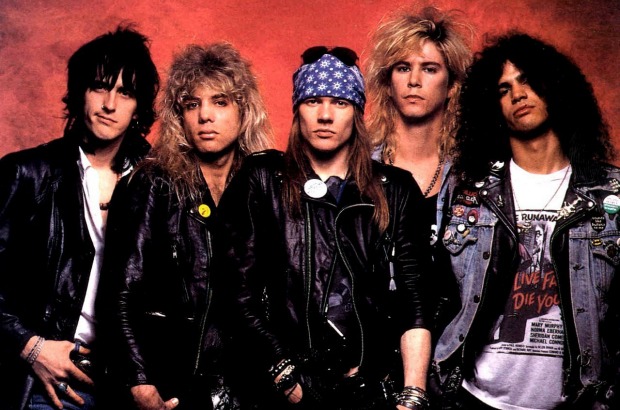 After what felt like weeks of speculation, it sounds like Guns ‘n’ Roses’ original lineup will indeed be reuniting in 2016. Over the last couple of weeks, rumors that the original GNR lineup would be reuniting in 2016 had been floating around the internet, though there was no official confirmation or even a denial. On Tuesday (Dec. 29), Billboard reported that some sources have confirmed that the 80s band will be making their long-awaited reunion at 2016’s Coachella Music and Arts Festival.

In addition to the one-of-a-kind reunion, which will take place in the spring, the sources have also unveiled that there is currently talk of the band hitting the road in the summer of 2016 for a stadium tour. The sources reveal that the original lineup, which will include Slash and Axl Rose, are in the middle of negotiations with concert promoters. If the band has their way, they can be playing at least 25 North American football stadiums in the summer including a show at the new Las Vegas Arena. In total, they can make up to $3 million per show.

The somewhat confirmation comes 22 years since the last time Slash and Rose played together at the River Plate Stadium in Buenos Aires in July of 1993. Speculations of their reunion began last week when a cryptic update was made to the band’s website. The second cryptic hint came via a video teaser that played before screening of Star Wars: The Force Awakens. the video shows a crazed crowd cheering while Rose’s “You know where you are?” from “Welcome to the Jungle” is heard over the loud cheers.

GNR will follow a slew of big artists who made their big reunions on the Coachella stage. Rage Against the Machine reunited there in 2007, My Bloody Valentine in 2009, Pulp in 2012, and OutKast in 2014.
Coachella 2016 is set to hit Indio, CA during two weekends in April; April 15-17 and April 22-24. Tickets are currently available, and if the rumors are 100% true, then, it might be a good idea to get them now than wait. 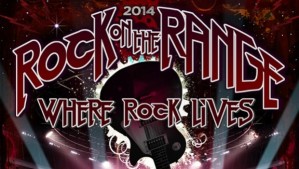 Headlining the event are Avenged Sevenfold, Bring Me the Horizon, Of Mice & Men, We Came As Romans, Killswitch Engage, Miss May I and Kid Rock, but the biggest name on the reveal has to be Guns N’ Roses.

The full list of bands can be seen here: 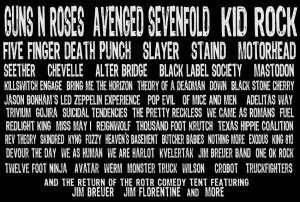 The three-day festival is set to take place in Columbus, OH during the weekend of March 16 through 18 at Crew Stadium. Pre-sale tickets will be available Tuesday, January 21 on the music festival’s official site. And for a festival that’s tagline is “the biggest rock festival in the US” it really stays true to that with this line up. 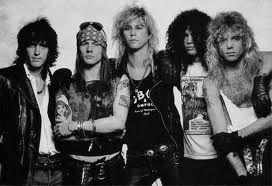 Did you ever think you would see the day where Guns N’ Roses would be featured in a new campaign for family values? Well that say has officially come.

Johnson & Johnson, the company and family behind pretty much everything that you have in your house has chosen the band’s hit song, “Sweet Child O’ Mine” as the song to be featured in their brand new campaign.

Over the past few days, talks of the song being chosen for the campaign started and today it has become official with the video for the ad. The a little over 60-second, black and white video features a childlike voice singing the lyrics while sentimental pictures flash in the background.

This is the company’s first attempt at a new branding idea in 10 years while this same song got the lullaby treatment early last month by Twinkle Twinkle Little Rock Star.

Check out the Johnson & Johnson campaign featuring “Sweet Child O’ Mine” below: