Last week, Sleeping with Sirens posted on Twitter that fans should not “believe the gossip.” Of course, when you post something like that, die-hard fans will instantly try to figure out what the cryptic message really means. As it turns out, it was the band preparing their legion of followers for some major news. On Friday (July 14), the Florida-founded band announced the release of their fifth studio album. The record, which will be titled Gossip, is set to be released in the fall. To accompany the new album news, Sleeping with Sirens also released Gossip’s lead single, “Legends.” Listen to the new song above.

Gossip is set to be released on Sept. 22 through Warner Bros. Records. Pre-orders for the new album are currently available on the band’s website as well as a slew of music streaming sites. Those who pre-order the album ahead of time will receive an instant download “Legends.”

As if the new song and upcoming album wasn’t enough, Sleeping with Sirens and their fans were given cool news when the US Olympic team announced that the new track will be the team’s official song for their road to the 2018 Winter Olympics. “#TeamUSA is proud to announce LEGENDS by Sleeping with Sirens [@SWStheband] as the OFFICIAL song on the road to the 2018 #WinterOlympics” reads the post on the team’s official Twitter page.

Quickly responding to the honor was frontman Kellin Quinn who replied by saying: “This is the biggest honor!! Thank you so much #TeamUSA #Legends.”

Gossip is the follow-up to Sleeping with Sirens’ 2015 release, Madness.

In support of the new album, the band has announced plans to hit the road during the later months of the year. The “Gossip Tour” will kick off on Aug. 31 at Slim’s in San Francisco and wrap up a little over a month later on Oct. 1 with an appearance at WJJO’s Sonic Boom Festival in Madison, Wisconsin. Tickets for the upcoming tour will go on sale beginning this Friday, July 21. For now, the complete list of tour stops can be seen below. 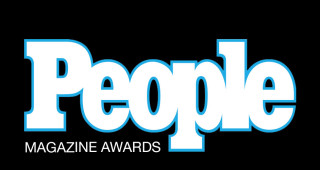 Another day and another award show has been created.

This time, the award show at hand was created on behalf of People Magazine, everyone’s favorite grocery check out line gossip mag which we all know are guilty of checking out once or twice while waiting in line to pay.

The People Magazine Awards claims that it will honor the “cultural forces of the year” with a star-studded gala on Dec. 18.

We are a little scared to ask what they mean by “cultural forces” since usually it revolves around certain celebutantes that need to disappear off the face of the earth alongside their “husband.”

The two-hour special will air live on NBC from the Beverly Hilton Hotel where celebs such as Jennifer Lopez, Jennifer Aniston, Kevin Hart, Kate Hudson and Michael Keaton are set to appear.

But in between celebs praising each other for their “cultural influences” there will be some music acts as well.

5 Seconds of Summer will conclude their year of taking over the airwaves by performing at the event. This comes a week after they won their first American Music Award for “New Artist” and on the heels of announcing they will be releasing a new album by the end of the year, though it’s only going to be a live album.

Also slated to perform at the show will be Maroon 5. The band have also had a decent year, though not as good as 5SOS in our opinion. They released their new studio album V a few months ago and revealed plans to hit the road next year on a tour to support the recently released record.

Have you heard the one where Eminem gets stabbed in New York? Well, we’re sorry to tell you that this was all hear-say at its worse because the supposed ‘news’ is not true.

Earlier today, a bogus Facebook post was making the rounds with a picture of a man with a knife in his back and a caption that read, “Rapper Eminem left nearly DEAD after being stabbed 4 times in NYC!”

To the surprise of no one, the picture was not of Slim Shady and once you clicked it, you were in for a world of spam. The post also claims that there was surveillance footage of the stabbing which once it was clicked on, survey scams, info phishing and pleas for resharing would grace your screen.

A publicist for Interscope sent out a message via email saying the following, “These happen all the time. He’s fine.” But the sad part is that it isn’t the first time Eminem’s name has been used in these types of social media scams; it has happened at least two times before.

Eminem is currently working on a new album which was rumored to be coming out sometime this year after his merchandise website let the cat out of the bag when they included 2013 as one of the years of the rappers “landmark albums.”