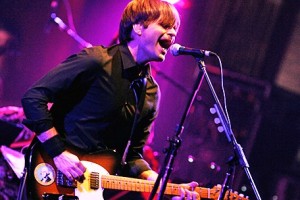 The Postal Service have been touring this year in celebration of the tenth year anniversary of their hit album, Give Up. During this tour, they’ve also released several songs including their first new song in a long time, “A Tattered Line of String.” Even though they had released the audio for the track sometime ago, yesterday they released the official video for it which can be seen below.

“A Tattered Line of String” is featured on the deluxe reissue of Give Up which was released earlier this year. 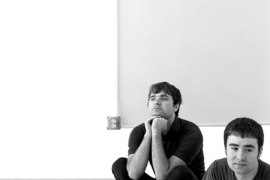 The 10th anniversary release of the Postal Service’s Give Up won’t hit stores until April 9 in the US (April 8 in the UK), but the band are currently streaming one of their new songs, “Turn Around.”

So far, this has been the second new song/bonus track the group has released since the announcement of them heading back on tour and re-releasing the album that shot them up the charts.

Last month, the Postal Service announced that they would be heading on their first headlining tour in ten years in honor of the tenth year anniversary of their album, Give Up. The reported tour dates fueled fans who were upset that there were only a few tour dates confirmed. After receiving several angry tweets from fans, frontman Ben Gibbard, made a mass tweet to all fans saying that more tour dates were coming; the fans just needed to wait for the confirmations. Now, those dates have surfaced which means that their spring tour will now be extending into the summer months as well.

A handful of their previous tour dates in the US and Europe have already been sold out including their stop at Brooklyn’s Barclays Center; they added a second day for that stop.

The Give Up reissue will be released on April 9 and will include their new single, “A Tattered Line of String.” 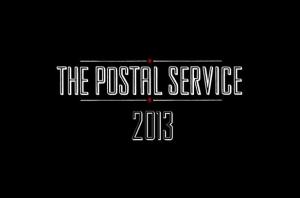 When The Postal Service announced that they would be reuniting for a 10th anniversary tour, fans of the indie group were up in arms with how excited they were. This year will mark the 10th anniversary of their debut, and only album, Give Up. Give Up will be re-released on  April 9 and would feature two new, never-before- heard tracks, including “A Tattered Line of String” which made its debut to the hands of many eager fans. The song features guest vocals from Rilo Kiley singer, Jenny Lewis.

The Postal Service members, Ben Gibbard and  Jimmy Tamborello will also be heading out on a long-awaited tour starting the same day their re-release hits store. Many fans were upset about the lack of tour dates, but Gibbard responded on his Twitter saying that there are still many tour dates to be determined.